I, like probably most people, originally wanted the Buzzworthy Bumblebee Worlds Collide four pack in order to get Fangry. Fangry really ended up taking a back seat though, joining Bumblebee back there in lesser relevance. If they’re forced to share a back seat together, I assume Fangry is quietly beating up Bumblebee for the whole trip, but that’s not important now. The Kingdom mold reuses in the set are much more interesting, and Blackarachnia is I think an easy winner for best of set. 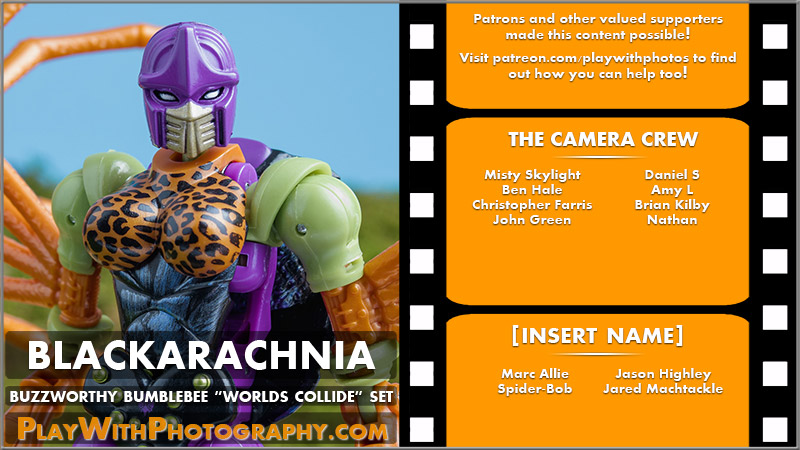 Blackarachnia has a ridiculous deco of purple and green and orange and leopard print, which on the face of it seems like a random explosion of visual information. But oh no, it has a purpose. This is toy Blackarachnia, where the regular Kingdom release was very clearly TV Blackarachnia. But it doesn’t stop there. The original toy did feature all of these colors, in something kind of like this layout, but that’s not really what we’re looking at here. This is not actually toy Blackarachnia, but rather it very specifically takes from the card art on Blackarachnia’s original packaging. A couple of details give this away.

Worlds Collide Blackarachnia has that leopard print pattern I mentioned before. The original toy certainly didn’t have that. And I don’t think the card art was intending to have that either. But the art had a mottled pattern of gold and orange which was probably trying to depict texture from the toy. But it’s a very short trip to interpreting a leopard print pattern out of that. The other clear indicator is the robot head. This Blackarachnia uses the alternate face part as compared to the general release deco, which is based(ish) on the robot head of the Tarantulas and Blackarachnia mold. Tarantulas, by contrast, was represented in the cartoon with a model based on the Mutant Head for the mold. The robot head on the original toy and this new head can be visually linked, but it’s not the most accurate likeness. It is almost dead on for the head as represented on the card art, however.

It’s incredibly ridiculous the way this toy was made, to opt to specifically reference a single piece of art that didn’t even do a great job depicting the toy it was attached to when going through the process of designing a toy-based alternate deco. And yet, Blackarachnia isn’t even going to be the only Kingdom mold to experience this. At least one other mold is getting a recolor roughly doing the same thing. But that’s a story for another blog post (maybe?). When it became clear what this toy was doing, I was absolutely hooked. This kind of weird, somewhat obscure referencing is the exact sort of thing I love, especially in redecos. It makes the whole “rerun toy” process so much more fun.

The mold itself, well… The Kingdom release was an excellent representation of Blackarachnia’s robot mode as it appeared in the TV show, mostly. But I never really thought it was all that good or fun as a Transformer. This one isn’t changing that assessment. The spider mode doesn’t do a good job of locking together, so it always feels kind of floppy, and you’re always going to have awkward panel seams and the like. Somehow though, the spider mode is visually more convincing than the bloody Masterpiece Blackarachnia. No idea how that ends up being true, but it so totally is. But it’s not an enjoyable process to get there, or even really back again. And while I say it looks better than the MP, it still isn’t a great beast mode effort. Given the shape of robot it needs to coexist with, I at least get why we ended up here even while I’m not a fan of the outcome. There’s little point to transforming this instance of Blackarachnia anyway; everything really notable about the figure is only seen in the robot mode.

There’s an extra bonus to this as well, if you find yourself so inclined. One place where Kingdom Blackarachnia fell short in visual accuracy was having black spider legs. Realistic? Sure. But the show model had orange legs. Worlds Collide Blackarachnia has orange legs. And the spider leg units fit in the arms using simple mushroom pegs. It’s not very hard to pop the arms apart and do a quick swap to make Kingdom Blackarachnia significantly more media accurate. The only downside is that per the original toy, and the card art, Worlds Collide Blackarachnia really should have orange legs as well, so there is a sacrifice here either way. I find the black legs fit visually better on “toy” Blackarachnia even if it’s less accurate, but your mileage will vary. You can at least see in the gallery what the end result of the swap will look like, so you can decide what you prefer.

But that’s how Blackarachnia ended up being the unexpected best thing in the Worlds Collide box set, and Fangry demoted to number three. Maybe if Fangry had more solid knees, it would have been more of a contest… 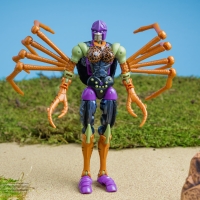 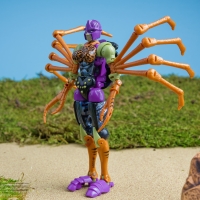 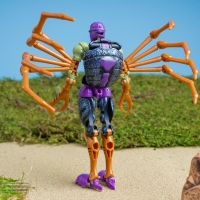 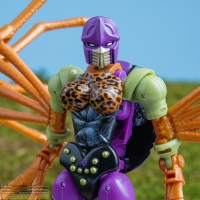 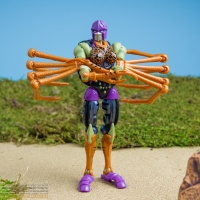 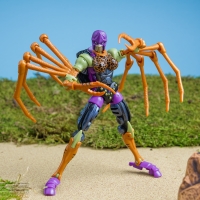 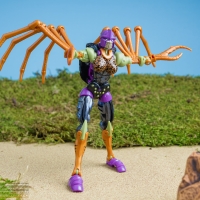 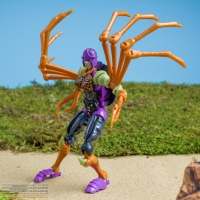 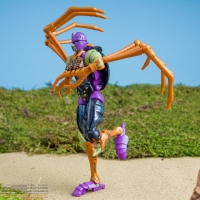 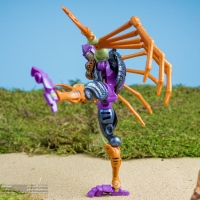 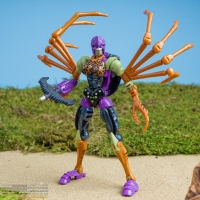 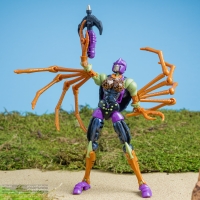 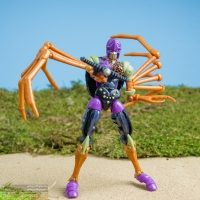 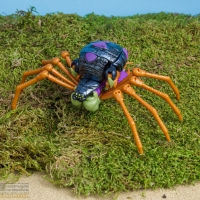 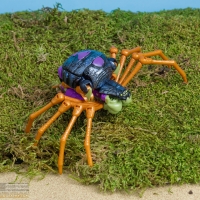 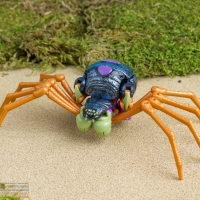 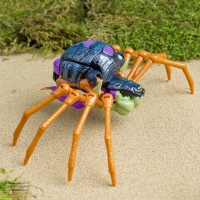 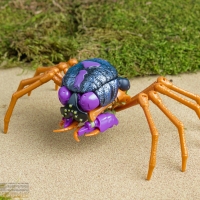 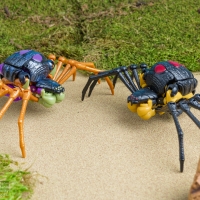 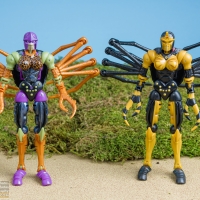 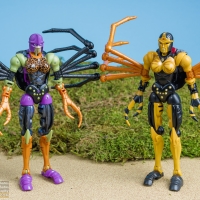