I end up forming strong personal connections to things for frequently weird reasons. Transformers Cloud Rodimus is a good example of that, where based on the first appearance in Cloud comic art, I began doing deco studies in Photoshop using pictures of Springer to figure out if it was something that could actually be made as shown given how the mold worked. I invested enough time and energy in it that it became personal. And the Cloud Rodimus that did happen not that long after (with a deco very similar to what I pieced together from my own study) is a treasured part of my collection. Which I kind of wish had occurred to me earlier since it would have been a good candidate for this month. Oops. 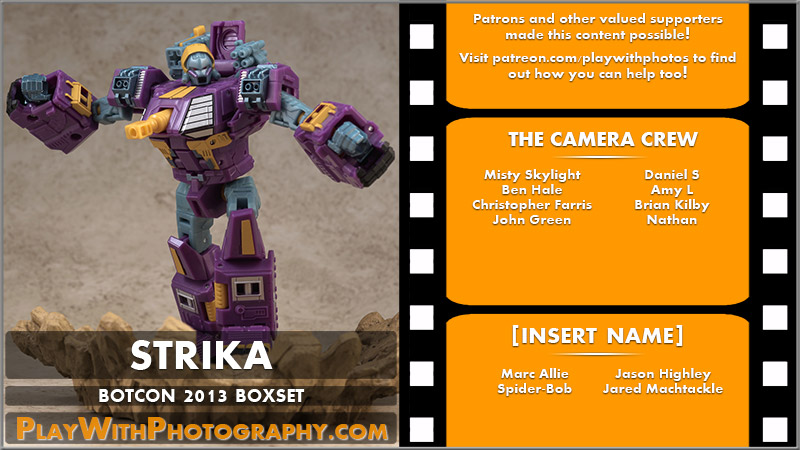 I have one of these connections with Strika as well, but not because of having tried to reverse engineer a deco or something like that. Instead, Strika is personally important to me because there’s a very good chance I was the first person in the online Transformers fandom to find and legitimately own the toy. A random late-evening stop at Walmart in my small town in February of 2001 yielded an implausible find of the newest wave of Beast Machines Deluxes, which included Strika. The toys hadn’t been reported found anywhere else at the time, but somehow I had them. And when I mentioned it to the (then vastly smaller) fan community, everyone seemed surprised and impressed. It was fun! I would occasionally have other first sightings in subsequent years, but stumbling on Strika and Night Slash Cheetor will always be a special memory for me.

That made parts of the Botcon 2013 “Machine Wars” boxset particularly appealing to me. It involved Strika, redecoed from a Warpath that was one of the best Generations Deluxes of its era, and it also featured Obsidian. Obsidian was another thing I was drawn strongly to, because I adored the original Basic Class Beast Machines toy, which I owned long before the character would go on to feature in the cartoon. Obsidian was a strong case of the toy being what existed in my consciousness, with the TV version a flawed (in my view) interpretation. At that time, it was almost always the other way around for me with show depiction taking precedence. The mockups for the 2013 boxset even initially showed a bright green, toy-decoed Obsidian made from Movie Highbrow, and I was all about that. However, basically nobody else was, and the concept piece was quickly changed to the dark, desaturated tone more in keeping with the animation. And my interest plummeted. I never got that boxset. Actually, I don’t have any whole Botcon sets, but I guess I’m kind of veering off here.

I didn’t care much about Obsidian after the deco update, but Strika remained on my radar consistently since 2013. And yet, it wasn’t until earlier this year that I was finally able to get hold of one at a price that felt right. Plus I helped a friend out by buying them, so good stuff all around. If anything, once I finally had Botcon Strika in my hands, it only made me regret more that it had taken so long to obtain. Strika might be the best executed thing Fun Publications ever did.

Like, anyone who’s remotely tuned in to Fandom Stuff probably knows at least one anecdote about Fun Pub dropping the ball on an exclusive, or a show location, or a public statement, or something. But we’re focusing on the toys here. Strika has an original-design head, which was often a recipe for disaster on Botcon exclusives. Too small, malformed, missing elements, there’s lots of ways that exclusives did go wrong. But Strika pretty well avoided any of them. I think if you really wanted to find a fault, the head might be a little bit small on the body. But I was looking at the CG stills for Strika in Beast Machines, and her head registers as quite tiny there, so there’s a precedent for proportions even more extreme than this. The Beast Machines toy had a larger head relative to the body, but animation studio Mainframe rarely let such things get in their way.

Botcon Strika has a really nicely designed head, too. It’s not exaggeration or even derision against Fun Pub’s other efforts to say this head might be among their very best work, because it legitimately is excellent. It captures the media appearance of the character, but also kind of refines some of the elements to make them fit in better with the Classics-style of the time. It’s unmistakable as who it’s meant to be, but it fits in very well with the toy it’s been plopped down on. Sincere, legit praise for whatever artist did the turnaround art for this, and whoever at the factory in China who actually cut the mold based on that art. Everyone brought their A-game to this one.

I like this mold choice for Strika even though it doesn’t inherently evoke the Beast Machines design. Indeed, if it had been a few years later, Combiner Wars Rook would have been a good candidate for this purpose. Though I think in that outcome, a bad case of Fun Pub Cranium would have more likely reared its …uh… head. But no, I’m down for Strika as a redeco of Warpath. For one, the deco looks fantastic. The shade of purple which I’m certain won’t photograph quite right no matter what I do (editing note: no, but it came damn close) is lovely, and the cool grey on the limbs looks super clean. One of my favorite things though is the metallic blue on the fists and the shoulder details. It’s such a strange little eyecatching pop in just those isolated places. Likewise with the yellow accents. It’s a great deco design all around.

The Warpath mold is not super poseable by our modern definitions, but it is pretty capable. I would welcome ankle tilts – but mostly just because I’ve gotten quite spoiled in that regard since 2019 – and a waist rotation, but besides those things there isn’t anything significant missing from the mold compared to the new toys we get today. Actually, the Warpath mold is another thing I have something of a personal connection with, because in mid 2011 when the toy came out… well, it was a tail-end toy, and it was shipping in a case of repacks from earlier waves. It wasn’t the easiest thing to find, and the online retail space for Transformers wasn’t nearly as solid as it is now. But I kept walking in stores and finding them. Everywhere. Piles of them. I bought every single one of them and passed them on at cost to people less fortunate in distribution. I think I had six on hand simultaneously at one point, but in total before the interest and supply started drying up, I had many more.

I’ve gone off on a tangent again. You can see though that for both objective and personal factors, Strika ended up being a kind of perfect storm. It’s something much better than it ever had a right to, or that anyone should have expected it to be given the circumstances of its creation, and it’s something that means a lot to me specifically. Strika is a treasured part of my collection. Al, if you read this, thank you for selling it to me, and also Obsidian has grown on me as well, so I’m glad you were selling the two as a set together. I know now I’d have missed out on something else pretty nice if I hadn’t been obligated to take him too. Both have a very good, loving home here with me and I will never part with them. 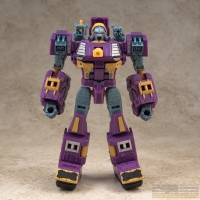 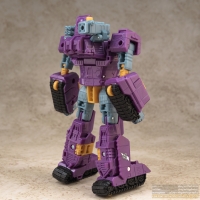 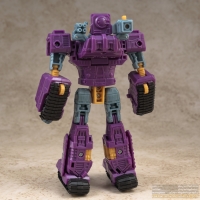 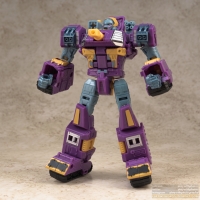 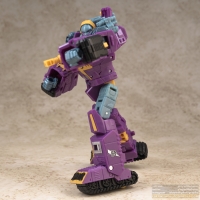 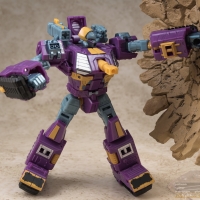 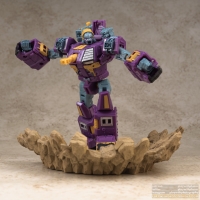 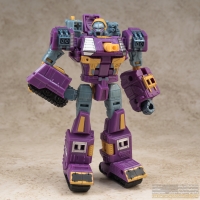 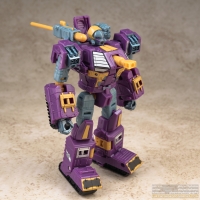 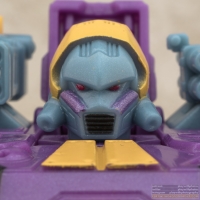 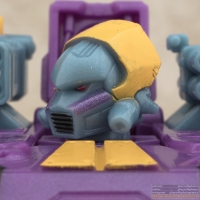 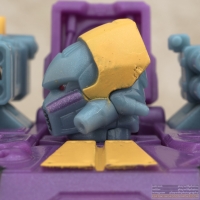 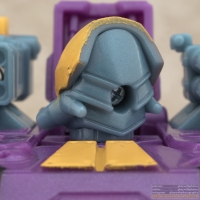 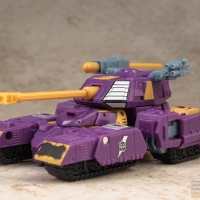 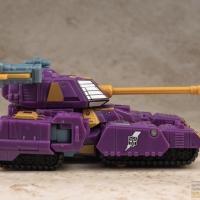 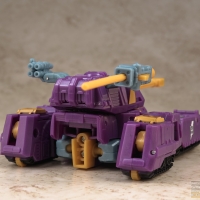 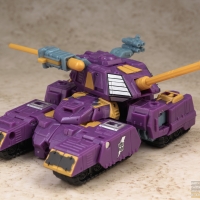 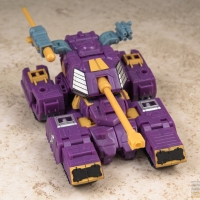 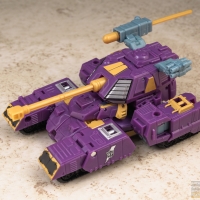 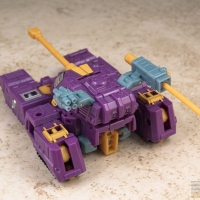 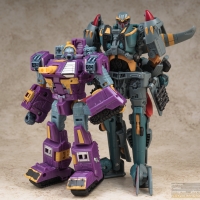 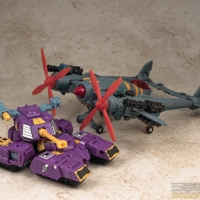 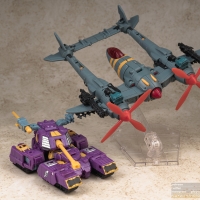 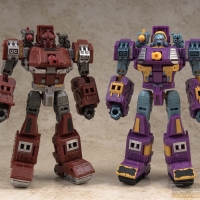 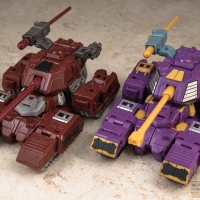 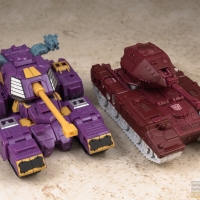 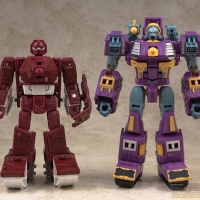