This is the story of personal tragedy. After transplants from unrelated universes, Unite Warriors Grand Galvatron offers something a little more ordinary: Starscream’s Ghost. Like Curse Armada Thrust, this is just an Aerialbot with a new head that was designed to evoke a Seeker enough just in case someone wanted to make a Starscream or somebody at some point.

Unfortunately what they did was make Starscream’s Ghost which has a kind of specific requirement: clear plastic. Though because of other production requirements, not all of the toy could be transparent. The combiner parts and a few other elements are made of nylon, the infamous Unpaintable Plastic. You can’t make transparent nylon (evidently), so various parts had to remain opaque. The accompanying fiction seemed to suggest this reflected a partial resurrection, though I didn’t find that to make a lot of sense either. But a ghost arm for your combiner is already pretty odd as a concept, so I guess it’s no good trying to attach logic to this. 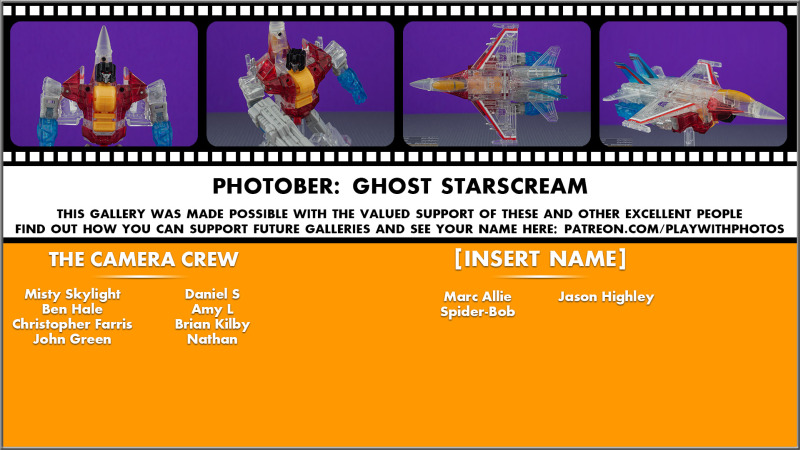 The clear plastic did result in an expectedly pretty toy. Light up a figure made of clear plastic the right way and it’s quite a sight. On that score I can see why some people really like this kind of stuff. Me though? I was terrified of this thing from day one. Day one meaning the day it was first revealed. I then had some months to wait and anticipate having it in hand to be even more scared of the potential of it. 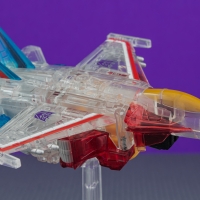 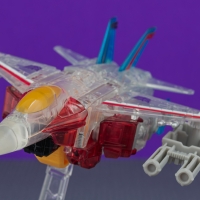 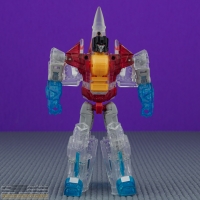 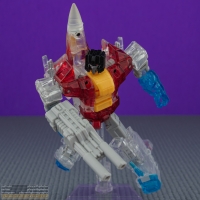 The choice to feature Grand Galvatron, my favorite thing Unite Warriors did, as part of Photober was a fateful one. It led Starscream to his inevitable demise. Er, well, he was a ghost already, so… inevitable after-demise? When I tried to transform Starscream from jet mode, the clear plastic part of the transformation hinge in one leg snapped right off. I’m not sure written language exists to describe the exact sound I made in that moment. The worst part is that as I set about shooting these toys, I think I was already certain this would be the outcome. 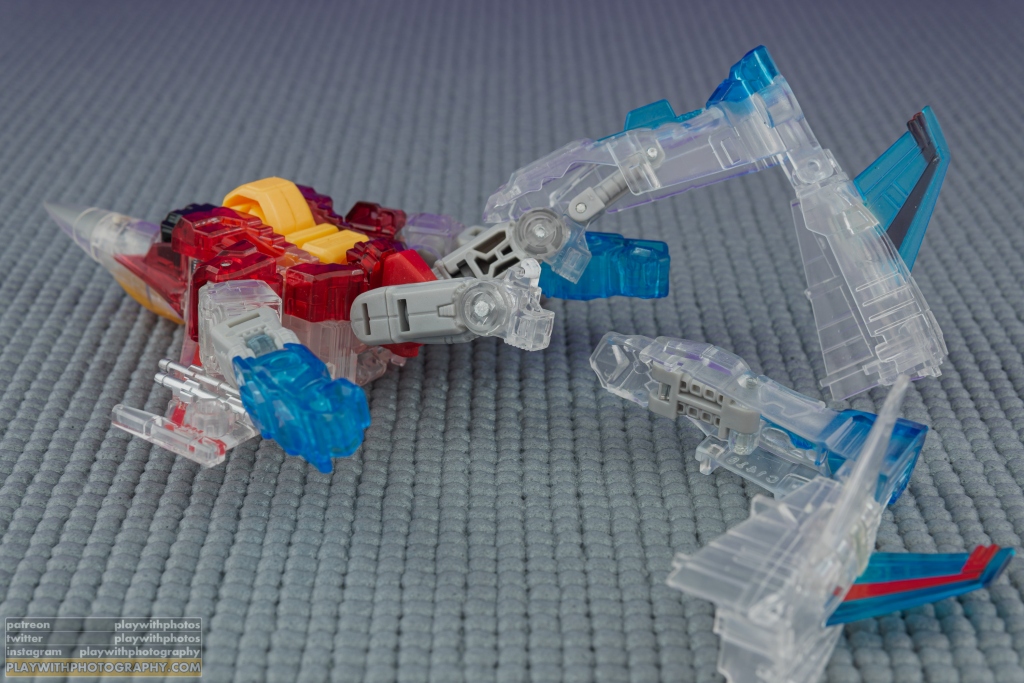 Starscream can never return to jet mode; the way it broke left bits behind in such a way that it blocks the specific way parts need to move to fit for vehicle mode. But, Starscream can still hold robot mode and even arm mode for a combiner, provided you don’t try to make said arm bear any weight. It’s not a complete loss, then. In fact, the majority of photos I have of it were shot after it broke. But I can tell you that Starscream is for sure never getting handled like this again. It’s only a matter of time before another hinge joint shatters, or ball socket cracks open, or who knows what.

Clear plastic shouldn’t be used to bear stress. It’s not cut out for it. 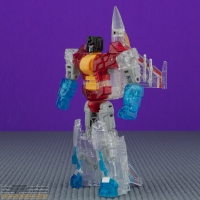 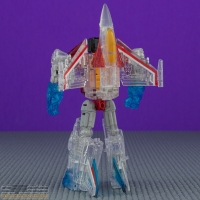 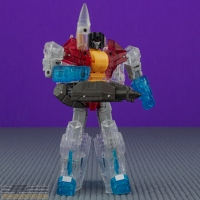 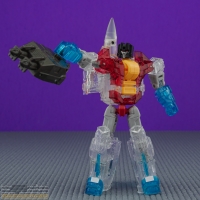 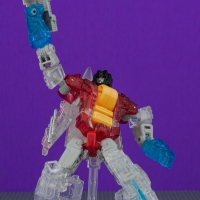 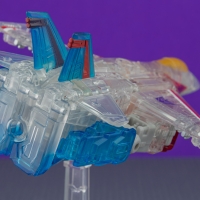 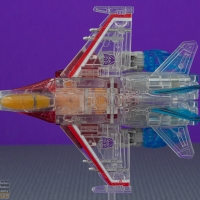 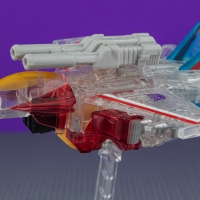 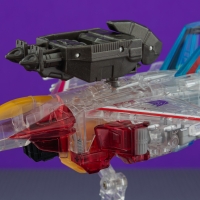 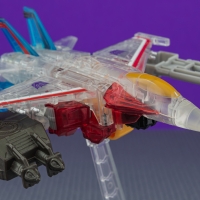 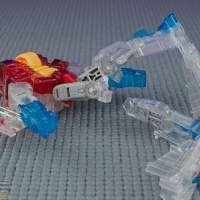 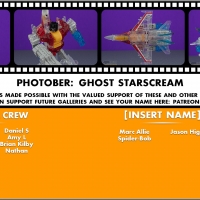 That was my story of the tragic demise of a toy that I was always afraid would meet this end. A bit of a downer for Photober, but the show has to go on. Come back tomorrow for a more positive Photober the 8th!