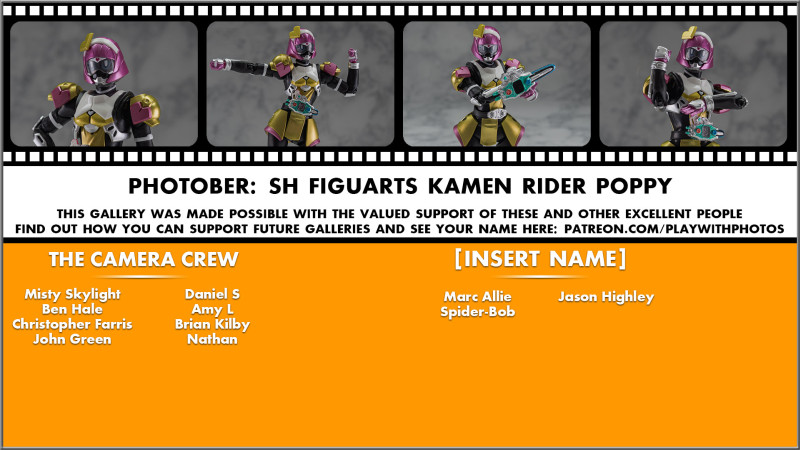 So before I upload and post galleries, I do one last “proofing” look through of the photos. Typically everything is just as I expect it to be, and things proceed on without fuss. Sometimes it feels pretty pointless. But then today I did my proofing browse, and noticed a (to my eyes) hideous tint shift across the frame of every photo. It was 5% more red on the right than the left. Self-destructive perfectionist that I am, I couldn’t let that go, and so the whole (thankfully not very large) gallery was scrapped and I had to go and reshoot it this afternoon. I never actually figured out what was causing the red, but piling a greater number of neutral color things on the offending side seems to have absorbed all the extraneous red floating around regardless.

So, today’s subject is Kamen Rider Poppy, from Ex-Aid. Ex-Aid is something I have complicated thoughts about. The first half of the show did not strike a chord with me at all, on most all fronts. The characters seemed aimless, if not outright unpleasant, the plot was going nowhere, and oh boy the costume design. Most everything improved by around the mid point when they assumedly retooled the show and gave it more or less an entirely new plot. And while the costuming stayed within the established style, the execution of the style hit a lot better for me. And Poppy was a decent example of that. 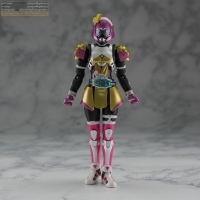 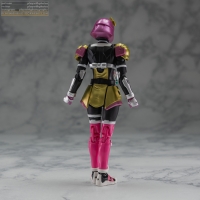 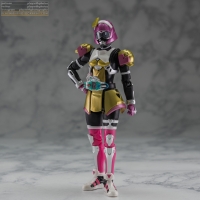 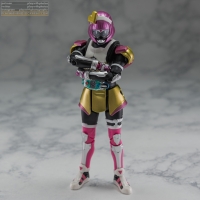 I used to buy Figuarts here and there, but it didn’t take all that long before I decided I didn’t really enjoy them that much. And that was back when they were commonly below $50 each, even for relatively complicated ones. But after years of not buying any Figuarts at all, I ended up buying three of designs from Ex-Aid in the span of less than a year. So I must have liked this suit design pretty well if it got me on the Figuarts horse again.

One thing that got me to swear off Figuarts the first time was that I’m not great at posing figures. Figuarts are literally made to be put in all kinds of poses, but my creativity toward that end was always rather lacking. Could more practice help solve that? Possibly. I do remember I did decently with Figuarts Gokai Red way back when. But then one of Marv’s hip joints broke and I became very sad. 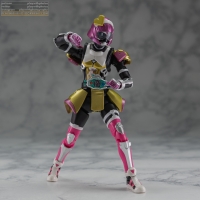 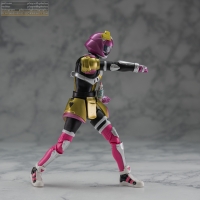 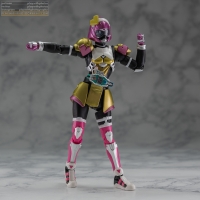 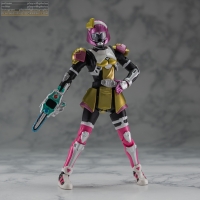 Poppy was fun to mess with (for both photo sessions; thanks, color pollution…), but still stumped me a bit for interesting things to do with the figure. I think I got a decent little selection, but I obviously still need to work on this. I also need to actually set up a Tamashii Stage with one of the claw attachments, since SHFs rarely are able to stand on one foot, for instance, without external support. And unlike Transformers, they don’t get little attachment ports molded in. But I think they should!

I’ll go ahead and spoil this: Tomorrow is also a Figuart. But to find out which one, you’ll have to return for Photober the 16th! 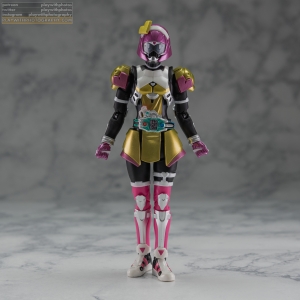 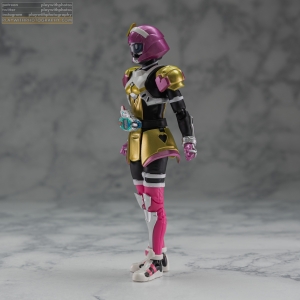 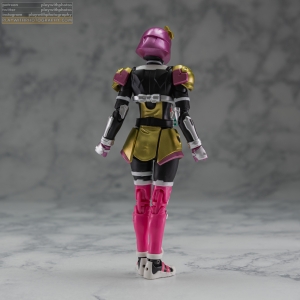 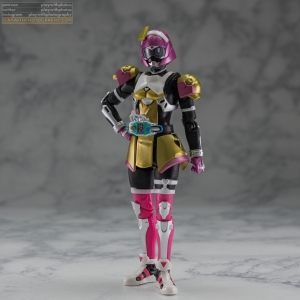 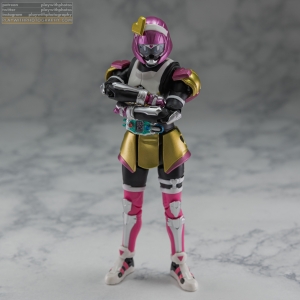 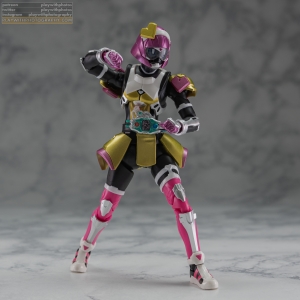 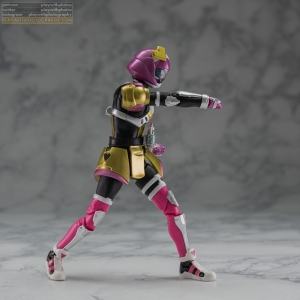 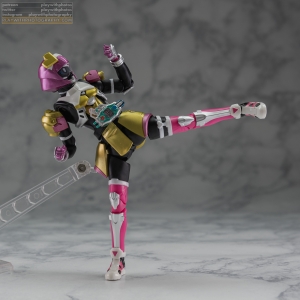 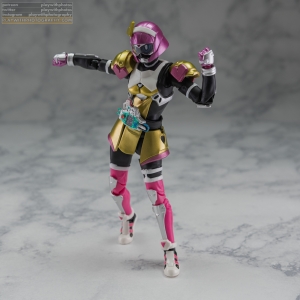 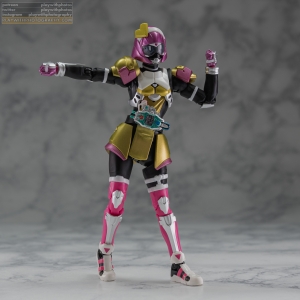 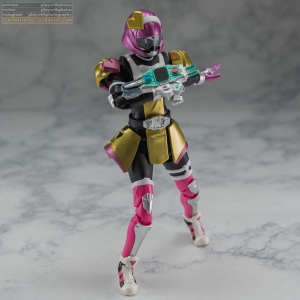 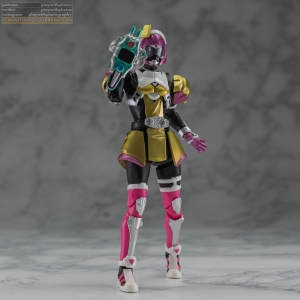 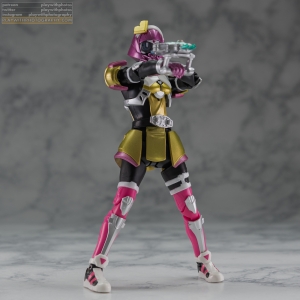 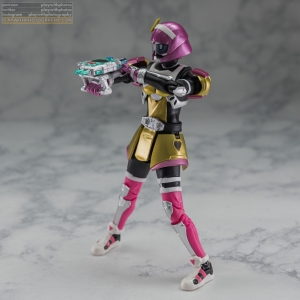 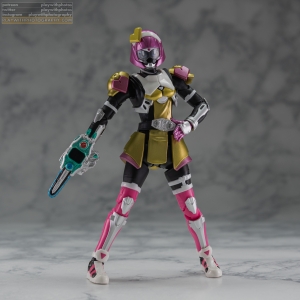 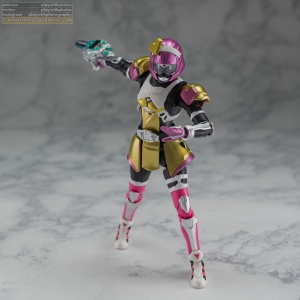 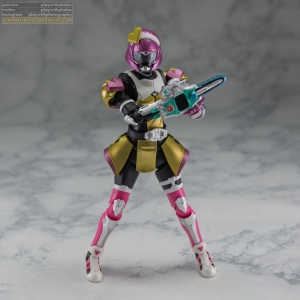 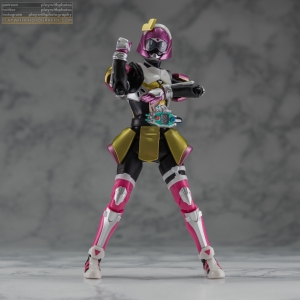 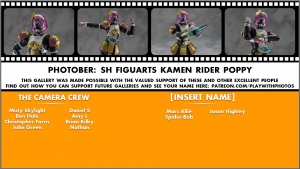