Being born in the mid-80s, I tend to think of my formative media consumption years as happening starting in the early 90s. The things I enjoyed then continue to have a strong influence on my tastes and ideas of things to this very day. Star Trek, Perfect Strangers, Exo Squad, and the computer-enhanced stories of the Transformers: Generation 2. The place all of these things and more have in my life traces right back to the 90s. And so it is as well with the immediate, default version of armor I think of if someone mentions Iron Man in my presence: The Modular Armor.

Launching off of the syndicated animated series, the run of Iron Man comics that stands out most in my mind is from the 280s in to the early 300s. And it’s only taken damn near forever for Marvel Legends to get around to anything based on that stretch. Last year I finally got the 6 inch scale War Machine I’d always wanted. I had to wait months longer for the contemporary Iron Man to come along. But at least it did. 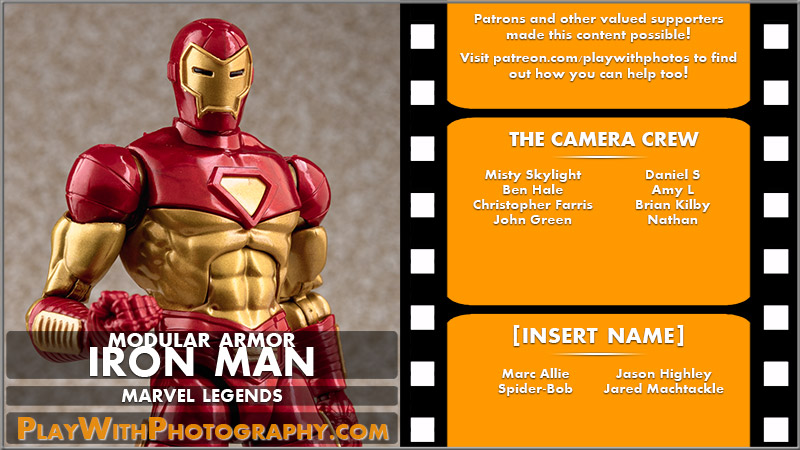 This isn’t the first time Marvel Legends has acknowledged this armor design, though. The short-lived Face Off subline, from when Marvel Legends was still in the hands of Toy Biz delivered this armor, in a two pack with The Mandarin. I own that set, which is probably not a surprise from what you’ve read here so far. I haven’t handled or even laid eyes on the figures in quite some time. I can only imagine what terrible state Mandarin’s rubbery plastic robe must be in by now… As an aside, a variant of the set exists, with Mandarin in different colored garb and a helmetless head sculpt, paired with the Modular Iron Man armor in War Machine’s colors and apparently a Rhodey face in the helmet. Which happened exactly never in any media I’m familiar with. Oh, that wacky Toy Biz. Anyway, the figure was not very good, so I’ve been looking for a modern replacement for a long time.

Alas, Hasbro’s Modular Armor Iron Man is something of a mixed bag. The thing that struck me very quickly was how little the figure comes with. It was in the Ursa Major build a figure wave, but did not include an Ursa Major chunk. It seems like there’s one in just about every wave that doesn’t actually come with a piece of the build a figure? But I wasn’t trying to build a man-bear or whatever Ursa Major is, so I didn’t care about that. But it hardly comes with anything else, either. You get one pair each of fists, or hands opened for repulsor blast posing, and one pair of matching blast effects. That’s it.

There’s some simple things that I think could rightly be expected here. Boot jets? I’m sure there’s no shortage of effect pieces they could apply in that role. How about a Tony Stark head? Yeah, there’s not even an alternate helmet-off head for this, which feels like the most basic, glaring omission. Well, almost. The whole conceit of the “Modular Armor” was that it could be easily refit for different situations by attaching gear to discrete interface hardpoints on the suit. You know. Modules. But we get exactly nothing toward that end. This is about the barest of bare-bones releases you could expect to see, and clearly I’m resentful of this fact.

A more subjective gripe I have is with the colors. Now, don’t get me wrong, this figure photographs beautifully with the glossy, almost candy-like quality to the red plastic. In person though it looks more translucent and swirly which is distinctly less impressive. The secondary color is gold, and the shade of the paint is in fact very pleasing. It’s warm and rich, and genuinely does look good in hand or in photos. But my complaint is one of interpretation. I think the deco designer was looking at this to be more what the look was intended to be by the old comic art, rather than representing what the comic art actually looked like: Flat red and bright yellow. Don’t get me wrong, they did well at giving a sense of being polished metal, and if that works for you, that’s fantastic. It’s not what I’m wanting in my ideal Iron Man figure. That being said, I fully expect a “retro” assortment in the not too far off future that will include this in the kind of deco I actually want. Maybe even with more accessories. And yes, I will certainly rebuy it without hesitation. Sigh

Because, despite these things, it’s pretty good at being what it’s supposed to be. The figure is solidly built, and while I’m not thrilled with how the shoulder armor was executed, or how flush the red plate armor is with the gold mesh portion on the back, it’s still just as good of an experience in handling as War Machine was. And I loved how War Machine came out (as far as I remember, anyway. I certainly have no ill feelings towards it at this point). My copy has very stiff ankles that aren’t a lot of fun to try to work, but that’s about all that’s wrong physically. There’s just very little to do, because they give you almost nothing with it. I mean, how am I supposed to have Iron Man getting drunk if I can’t pop a Stark head on there, and have a holding-things hand suitable for gripping a 1/12 scale bottle of some suspiciously-brown liquid?

I don’t feel like it’s asking for too much to be able to depict a man’s alcoholism in toy form; this should be a basic expectation of any Iron Man figure! Hasbro, call me first next time – I’ll help you get it right. 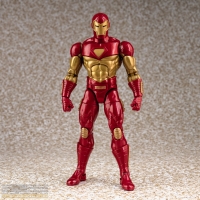 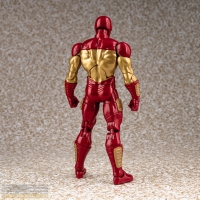 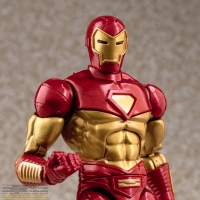 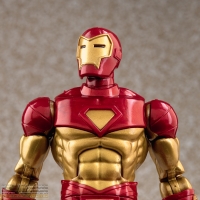 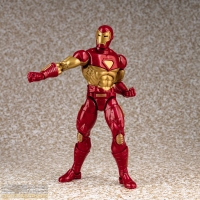 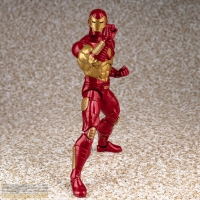 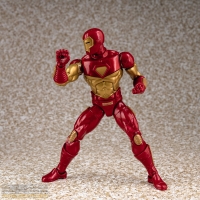 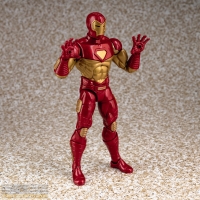 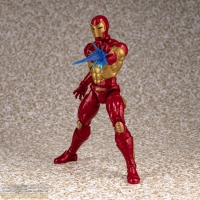 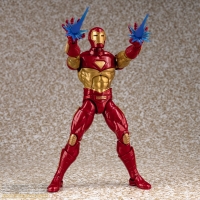 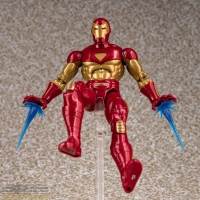 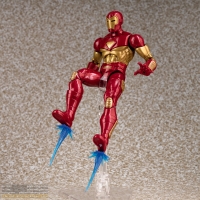 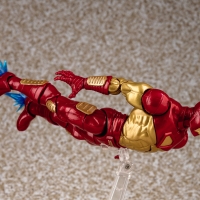 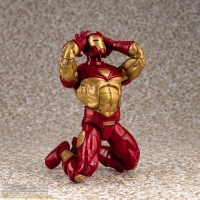 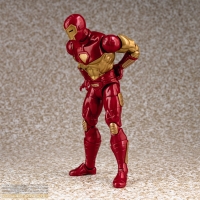 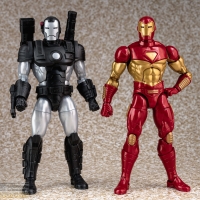 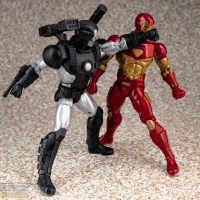 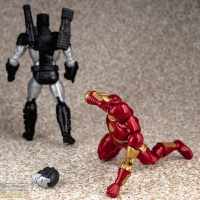