The “War For Cybertron Trilogy” releases of Generations Selects kicked off with a redeco of Siege Megatron based on an unreleased version of G2 Megatron. A few packaged samples of that Megatron were known to exist though, even if it never made it to full scale manufacture and sale in the 90s. But Sandstorm really wants to top that effort, by producing a toy of an abandoned concept prototype from even earlier in Generation 2. 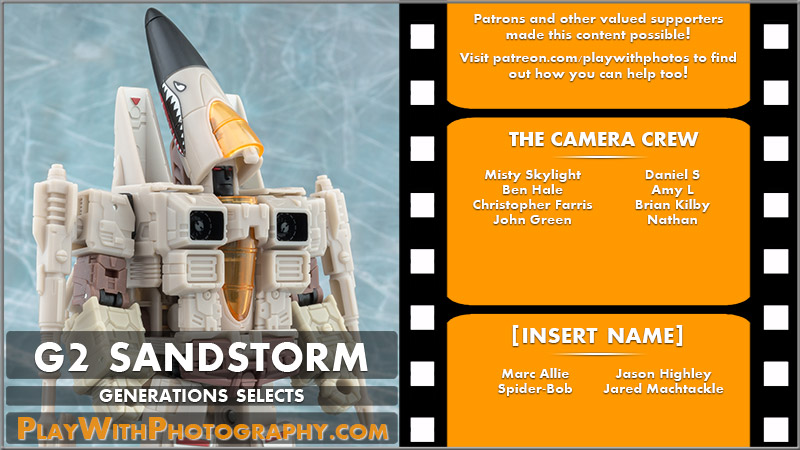 I don’t think we really know what the plan at the time was for “Desert Ramjet”, but it was just one of a sizeable number of concept art and occasional prototypes or testshots for alternate redecos of molds already released in the early part of G2. And I think a couple vintage molds that hadn’t been used yet. One could reasonably infer that somewhere along the planning for the revival of the Transformers with G2, Hasbro’s people wanted a second year’s worth of product to move forward with, but maybe weren’t sure quite yet that they wanted to try developing all-new toys, or bother with folding in existing toys from other regions. Hence, let’s just redeco everything again. I would presume G2’s initial performance was much better than expected, and so the rampant mold re-reuse was shelved in favor of expanding the line with the aforementioned new/new-to-the-US toys.

Sadly, Sandstorm is perhaps the dullest of these things that could have been chosen for Selects. Even the other Ramjet redeco, the blue sky camo one is more colorful, and there’s Starscream redecos to go for that are more than just a tan Ramjet. Don’t get me wrong, it’s a novel treat to have any unproduced toy concept eventually sort of come true in a (much, much) later, newer toy. I’m just not sure why Sandstorm. Was it purely because it was convenient to keep an existing name in use? At least Selects also produced standard G2 Ramjet, so the mold could get some popping 90s color.

As it is, the Earthrise Seeker body is a well-traveled road at this point, with at least …8? of them since the start of 2020. And 9, once Studio Series Coronation Starscream comes along. I don’t think I have much to add this far in on the mold family. It’s the best G1-style Seeker to date, and this instance holds up as well as any of the others before it. As far as deco, well, it’s mostly bland, but that’s the fault of the homage, not this toy in particular. At least there’s the shark mouth tampos on the nose of the jet. I’d have loved to see versions of those on the sides of Sandstorm’s head to promote the illusion his conehead was the actual nosecone, even though we obviously know it isn’t. But no such luck. I do very much dig the black face against the tan “helmet”, with the beady red eyes that really stand out. It’s so rare to get Transformers with faces other than silver. G2 Ramjet’s black face and gold eyes is also particularly nice in this way.

Apart from anything else though, I still find it really odd that we got something this deep-cut before any inkling of a G2 deco Starscream. I wonder if there’s some internal directive about not producing Classics-family Starscreams that aren’t in specific G1 colors? Good thing(?) nobody seems to care that much about Ramjet! 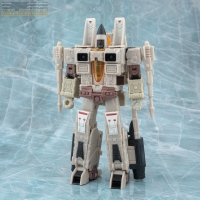 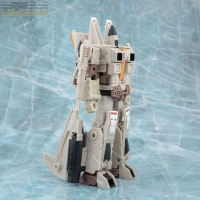 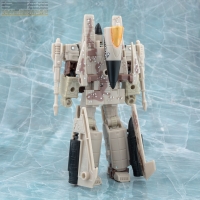 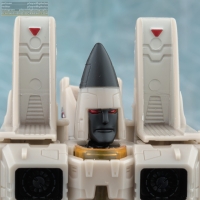 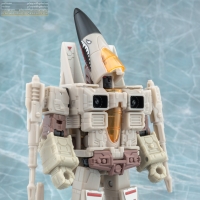 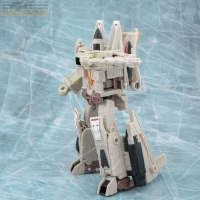 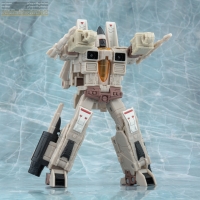 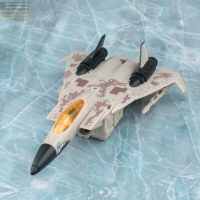 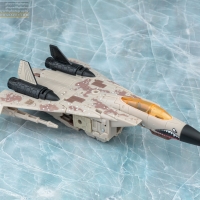 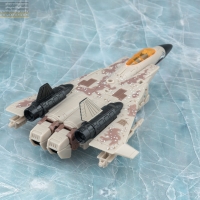 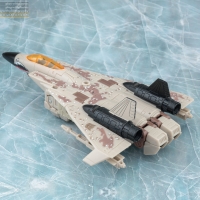 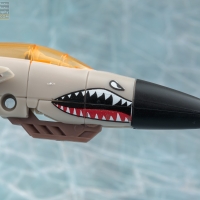 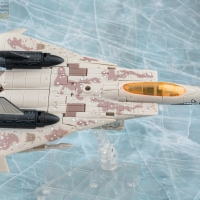 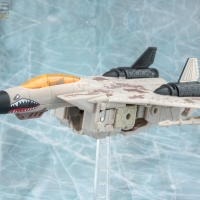 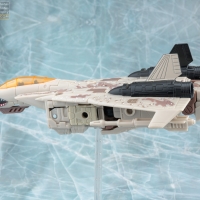 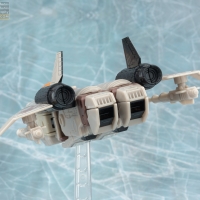 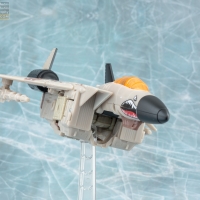 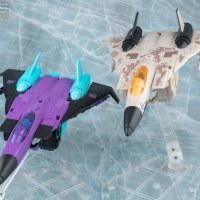 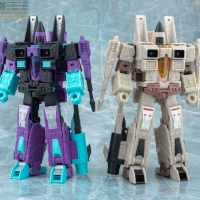 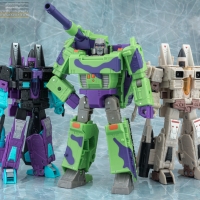