Ah, the inevitability of calendar turnover. I guess that means it’s time for a look back at the previous year’s worth of what I bought the most of, which is of course Transformers. I’ve (sort of) limited myself to just four picks, because then I can do that idiotic wordplay in the title. But it’s also not quite just four. Anyway, we’ll get to the picks in a moment, but here’s the basic rules I went at this with: 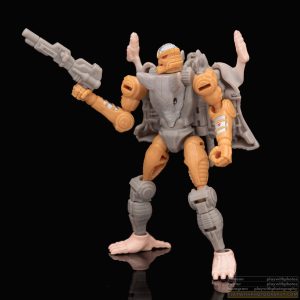 The last Generations Rattrap was something of an over-engineered disaster. Disaster might be a bit of a stretch, but it wasn’t a good experience. It wasn’t fun to start with, it was too big, and there was a common issue of hinges cracking under the stress of being used as they were designed to be. But a lot of things have come a long way since then.

Core Class Rattrap may be just slightly sub-Legends class in overall mass and volume, but its design complexity rivals some things sold as Deluxes. And yes, following off of complaining about the earlier Generations Rattrap being too engineered, that seems like an odd point of praise, I know. But in practice it’s a much more elegant execution of the basic idea of Rattrap while pushing the limits of what one of these small price point scales ought to be able to do.

It’s a figure that punches above its class, and especially in the first few minutes of handling it, it brings this sense of amazement at what’s been accomplished. You do have to stop here and there to really look it over that first time transforming it in order to understand what you need to do, but it’s all there in front of you to naturally pick up, and it’s so very satisfying to do. The beast mode has no useful articulation to speak of, but the robot is stunningly poseable for its size – once again giving the feeling of playing with a larger scale toy that’s been shrunk down.

It’s not fully accurate to the original concept of Rattrap’s design. At the time that could have been seen as a fluke, or concession to the size, but it became something of a pattern where basically all of the Beast Wars characters updated in Kingdom got reworked to some degree. Rattrap’s tweaks end up integrating the robot with the beast mode a bit more than in previous lives, by using the robot’s legs as the rat’s rear legs, instead of all of the robot being enclosed by beast shell, so I’d say it’s a positive change in this instance. I actually can’t think of much of anything negative to say about this toy. It was a great opening introduction to the idea of Kingdom remaking the Beast Wars, and as many as two other molds managed to live up to its example! 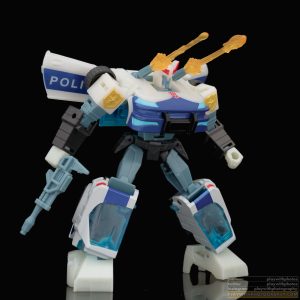 I’m really glad that I could recognize something from the last year that wasn’t Generations family. I featured Prowl in 25 Days of Toy Photography because I’d been so taken with it since I picked it up early in 2021. It says a lot that it could make so strong an impression on me since it was following so closely on from the Earthrise Prowl family, but it really has resonated with me. I consider it a great success when I like a toy so much that I want it to get a new piece or two and be redecoed as many times as possible so I can keep buying it. Sadly, that’s almost certain to not be in the cards for Prowl, no matter how much I’d desire a Bluestreak or Smokescreen based on it. Or even a Barricade.

Ever since Cyberverse started, I wanted an equivalent to Robots in Disguise’s Warrior Class figures, and Prowl probably comes closest to fulfilling that for me. Even the one-and-done nature of it matches up, since I had the very same experience with RID’s Blurr and Stormshot. I actually feel kind of bad about putting this as number 3, because I really do like it that much, but unfortunately once we get in things good enough to rank over the year, things escalate really fast and Prowl doesn’t quite keep up. But for something I had no special interest in before buying it, it’s one of the things I’m happiest to have ended up with. 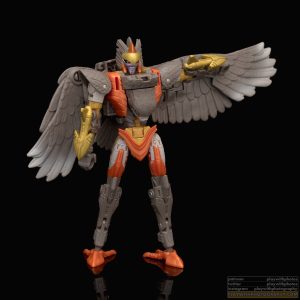 I gave Core Class Rattrap points for being a very good adaptation of Rattrap’s design in an updated form. Airazor might be on a similar track, but a little bit different. See, a consistent problem I’ve had with Kingdom’s Beast Wars updates is actually the same problem I had with the few Beast Wars updates we had in Generations several years ago: they ignore the spirit of the original toys as they try to capture only the character appearance that was derived from those original toys. I feel like it can be hard to explain this, but I find Optimus Primal to be a good example. It has arm guns, shoulder cannons, and swords, but done in a way like it doesn’t know why it has them. What this has to do with Airazor is, Airazor manages to genuinely carry the spirit of an original Beast Wars toy.

On her own merits, Airazor is an excellent Deluxe. The wings alone kind of make the toy, especially in beast mode. But the robot can make excellent use of them as well. The robot looks strongly like the character appeared in the cartoon, though I think with more of a nod to what the original toy’s colors looked like for the robot parts. Cosmetically the only problem there seemed to be to worry about was if the lights in the eyes are painted straight. The robot is nicely expressive, poses well, and if you add a flight stand, is very fun to make appear to be flying around. It supports swooshing and such very well.

The beast mode is almost as expressive as the robot, which impressed the heck out of me. Still does. The bird can take flight poses, of course, but it can do very good resting bird stances, with the wings drawn in convincingly and an overall natural posture. The head is articulated enough to do all of this and more. It’s one case where Hasbro’s stated goal of making more realistic beast modes for the characters has paid off beneficially, while somehow leaving the toy not looking all that different from what you’d expect based on the old show model.

But the success for me with Airazor isn’t quite in any of that; it’s in the parts in between all of that. See, Airazor makes a very good bird when seen from above, or the side a bit, or a little of the front. But the toy would absolutely beg you to never look at it from below, where almost all of the robot is hanging right out on display. Shouldn’t I count this as a strike against the toy? Heck no! I actually love it because it’s so true to original Beast Wars toys. Airazor isn’t doing any weird or ill-conceived compromises to try to minimize or hide the visibility of the robot mode in the beast mode. It’s all right there and it’s entirely your job to not look at it and wreck the illusion.

The contrast here is that Rattrap was a great take on Rattrap within the framework that Kingdom would follow along with. Airazor feels almost like a time-displaced Beast Wars toy. Granted, with way more articulation than a Deluxe of that era was ever going to have, but setting that one thing aside, the experience of the toy is almost perfect. This is the feeling I wanted to have out of every updated Beast Wars character in Kingdom, and it really saddens me that this is the only toy in the whole line that managed to capture that. But at least Airazor is everything I wanted it to be and even more.

Before we get to my pick for top Transformer of 2021, let’s build suspense and pad out the post with some recognition for a few toys that for one reason or another didn’t or weren’t able to make the cut for the ranked list. In no particular order… 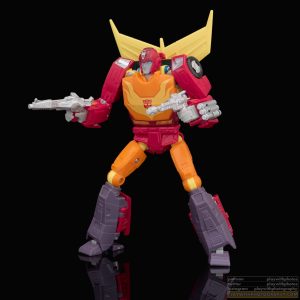 It probably always had to be this, at least out of the things I actually managed to buy this year. There was a lot to pick from, of course, but when it got down to the things I bought that stuck with me and made a distinct impression, the list got short real quick. I took some time to figure out why I felt like Hot Rod should place above Airazor, who I think does nothing wrong and even gives me qualities I didn’t know I would want. That was a strong competitor for top of the year.

This ended up being decided by Hot Rod operating just a little bit outside the box. A Deluxe is a Deluxe, and a Voyager is a Voyager, but… what if they weren’t? The creative application of resources scored Studio Series Hot Rod some crucial points. Taking a Voyager’s production budget, but compressing its parts count and engineering complexity within something about the size of a Deluxe, and then filling in the leftover space with extra accessories was a genius way to come at the problem of making the Nth Hot Rod in however many years while making it as screen accurate as possible and keeping it feeling unique to handle.

Hot Rod thus gets benefits like a transformation with movement details inspired by one or more of the specific schemes seen in the movie for the first time ever. The accessory count lets Hot Rod have things like the pizza cutter to attach to the wrist, but the higher density of complexity means you also get the spot-welder as an integral part that can be directly swapped on the other side. Or Hot Rod’s glasses that smoothly deploy from out of the head. Hands with hinged fingers so he can grasp a Matrix, which it comes with. All kinds of quality-of-life features that could never have been incorporated in a Deluxe, OR a Voyager at full Voyager scale. The effort is so successful with this Hot Rod that I felt no problem at all paying over $30 for a robot the size of a decent Deluxe.

The phrase “mini-Masterpiece” gets thrown around a lot these days, and I don’t always feel like it applies. But Hot Rod is exceptional, and for the details, accuracy, and depth of features and extras, I totally get the feel of the Masterpiece experience in Generations scale out of this one. It’s a brilliant effort that has more than paid off and made Hot Rod my top, most outstanding Transformer from 2021.

So there we go, my top picks from the last year in Transformers toys! Finally, I want to extend the most sincere thanks to all of you for sticking with me over what has been a pretty extended quiet period up until the start of December. I hope I’ll be able to do better for this coming year. Your support makes all the difference, and I wouldn’t be able to keep coming back if I didn’t know all of you were here. Thank you, and here’s to a better year ahead!