Did you know $5 Patrons had access to this gallery a full week early? You could have early access to galleries too! Visit the Patreon page to sign up, and then come back to check out the gallery here! 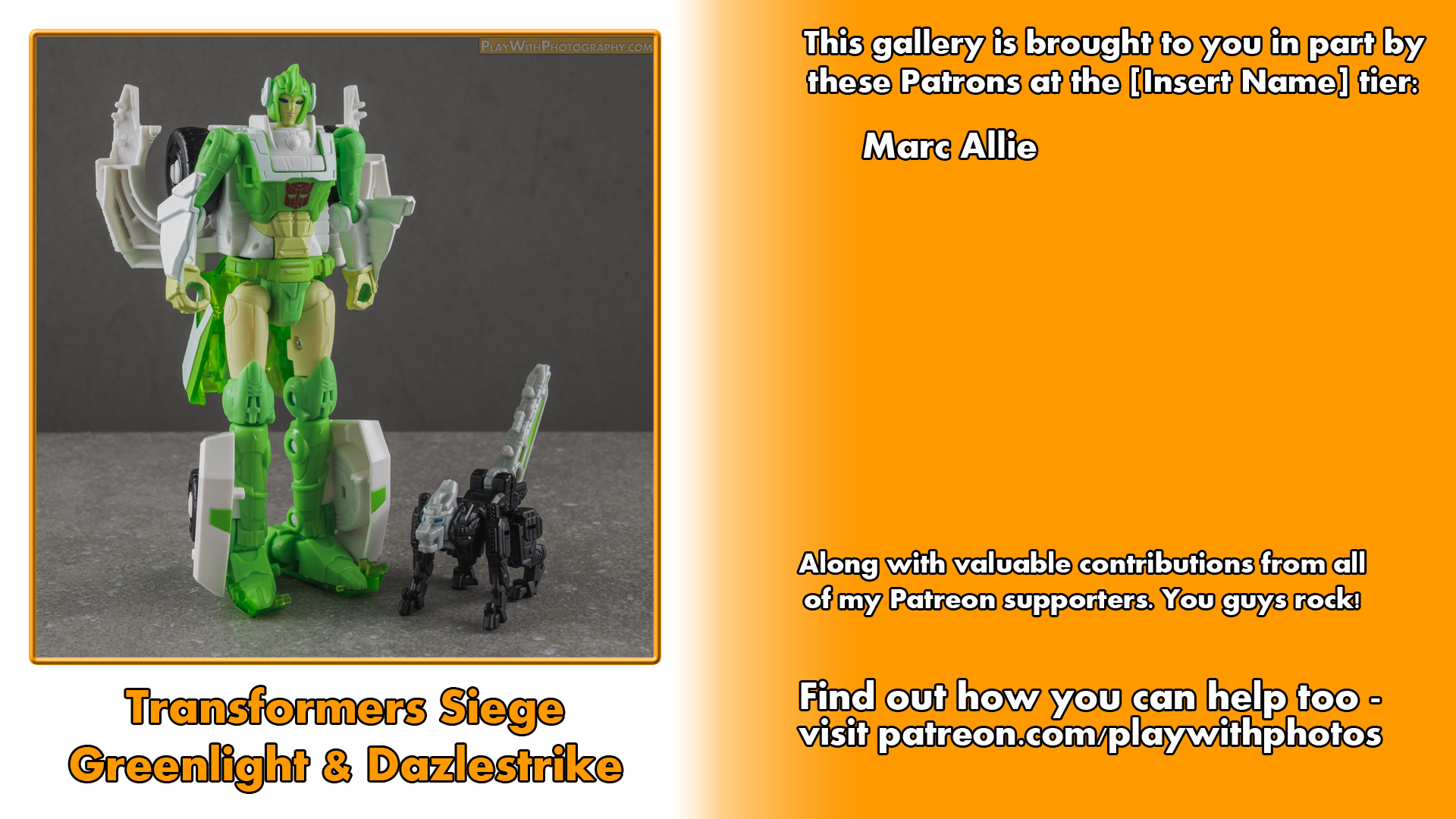 Greenlight isn’t hugely different from Moonracer or Novastar (Firestar), but the differences do matter somewhat. Of comparatively little consequence though is a new sculpt for the majority of the front torso. It doesn’t have a functional impact on the toy, as it just changes some shapes a little and helps iterations of this mold family be a tiny bit more distinct. 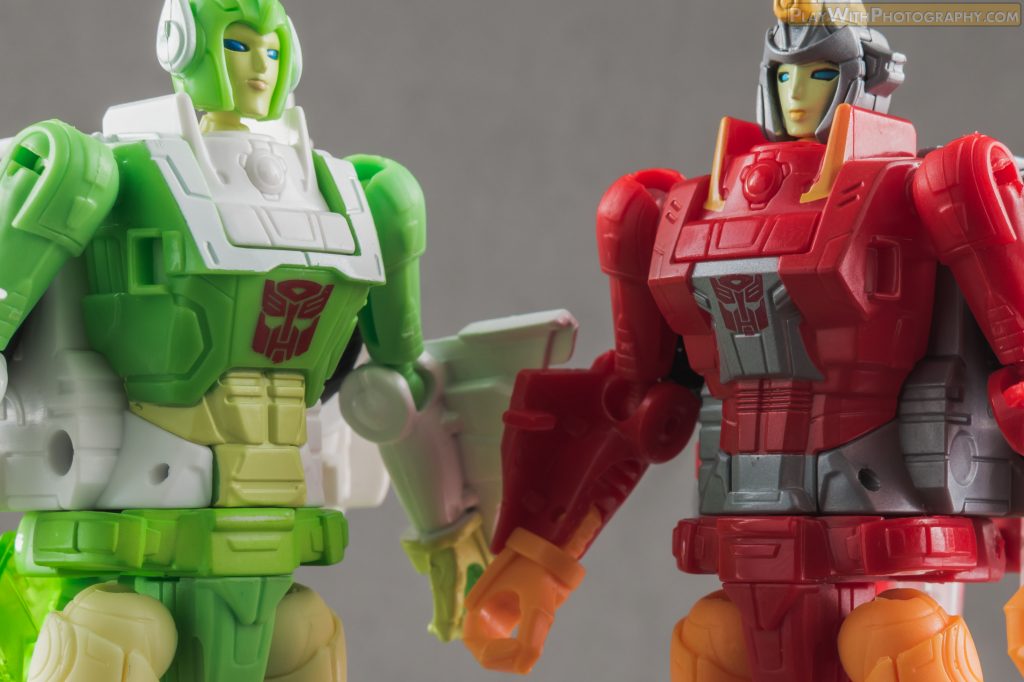 Where the changes count more is in the arms. Greenlight’s forearms are completely new pieces, which actually now include the hands. Before, the hands were separate pieces connected with a hinge joint. The new forearms come with the loss of the 5mm ports on the forearms. Greenlight being sold as part of the Siege line, but now almost completely lacking 5mm connection points for accessories seems more than a tiny bit backward, to be honest. I could perhaps suggest method to this madness: My experience is that Greenlight’s joints, while not exactly weak, are certainly not the most robust on the block. It’s been explicitly stated by some of the designers and engineers from TakaraTomy that Siege moved away from ball joints as much as possible to help bear the weight of added accessories and Weaponizers. I don’t think Greenlight’s ball joints would really be up to that challenge. Now, did Greenlight’s remolds come through at a point where someone would have already made this realization, or have these alternate parts existed on the mold since it was first designed for Power of The Primes? The world may never know. But even if it serves some sort of purpose now in robot mode, it’s a bit of a drag for the vehicle mode.

The vehicle mode is otherwise unaffected by the mold changes. Unfortunately this also means that the pair of little tabs present on both Moonracer and Novastar that project down farther than the wheels are still in effect – meaning this mold still can’t actually roll in its alternate mode.

Greenlight comes with a Battle Master rather than a standard weapon. The packaging disagrees with itself about the spelling of the Battle Master’s name, with the front panel indicating “Dazlestrike”, but the back panel and instructions having “Dazzlestrike”. To be honest I’m not sure which to favor, as an intentionally-misspelled “nonsense word” is exactly in Hasbro’s playbook, but there’s also more instances of it being spelled arguably-correctly. I was, sadly, unable to find a half-of-a-z character in unicode in order to pursue a compromise spelling here of one and a half z’s.

In any case, Da(z/zz)lestrike is a minor redeco of Lionizer. Most visibly, the dark grey paint in the recessed areas of the tail/sword blade are now green. There’s also minor changes to the cat head, but otherwise the two are extremely similar. 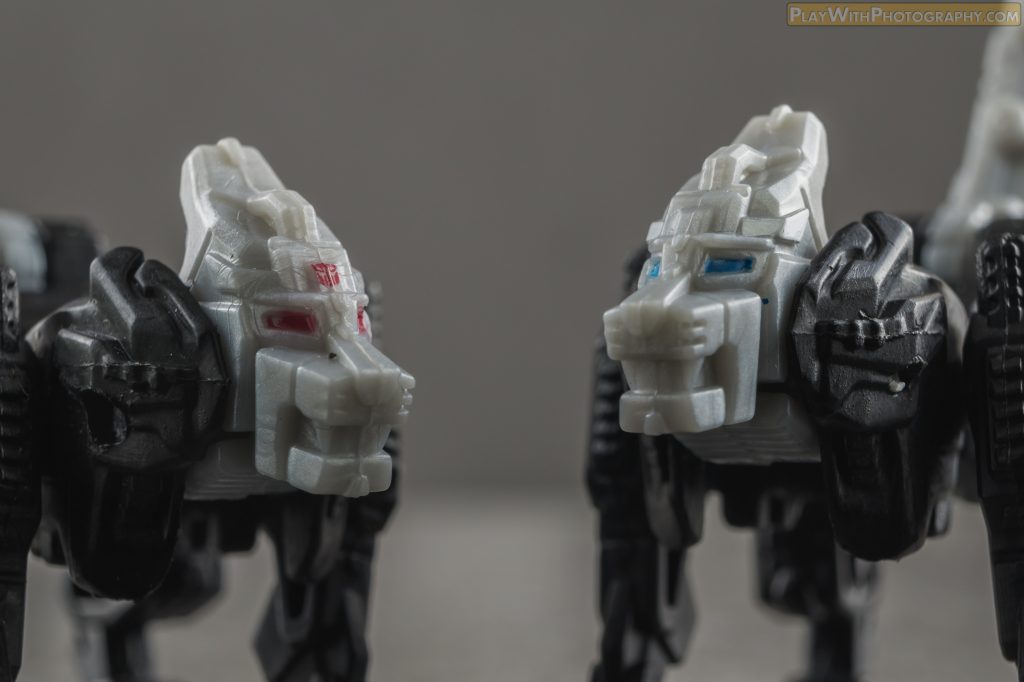 The new flame effect part for the sword is pretty cool, though. It doesn’t look as goofy as the slash effect from Lionizer when you don’t want to have a figure in mid-swing or other action pose. And a flaming sword blade has a lot of classic super sentai energy about it, and I’m all for that. 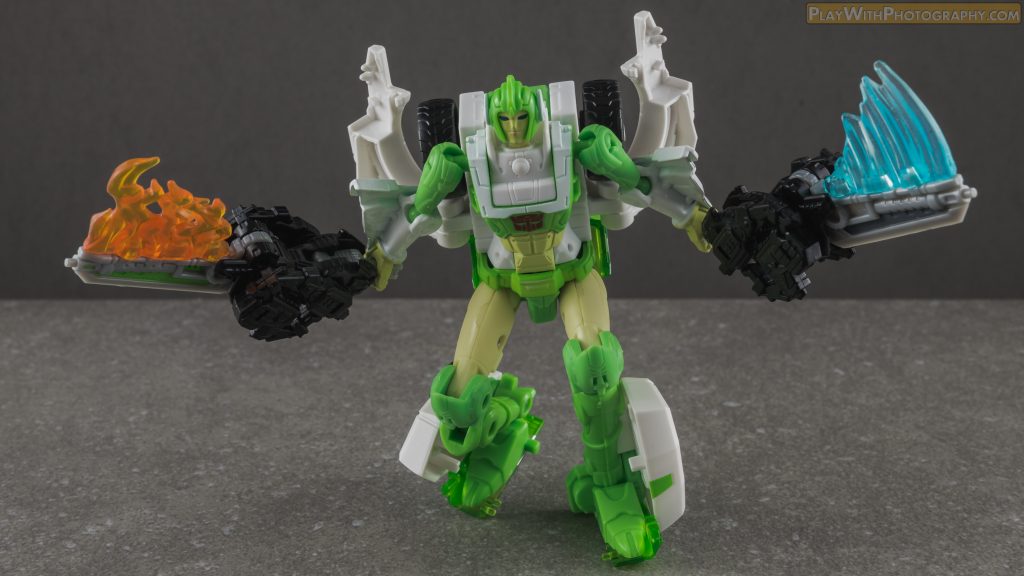 Finally, Greenlight forms a combiner limb just as well as either of her virtually-identical mold-sisters. The tiny bit of info provided for the newly-intended Elita-1 combiner, Orthia, shows Greenlight and the upcoming Lancer being the legs. Unfortunately, despite including the POTP-style combiner hand, Greenlight’s instructions fully omit any guidance or even reference to the toy being able to become a limb. So I hope you remember how Moonracer’s limb modes worked, or can dig out the old instructions still.

Ultimately, getting Greenlight proved to me that I do in fact still very much prefer this mold to the similarly engineered Siege Chromia. Though I already had figured that out from having Chromia alongside Moonracer and Novastar, so I’m mostly using this space to take shots at Chromia again for being such an inferior knockoff of the engineering of the POTP mold. People with incorrect opinions will likely disagree with me about which female Autobot mold is better, but I can’t see myself getting to a point where I don’t think the Power of The Primes version got it significantly more right.

Click here to go to the full gallery for Siege Greenlight!