It’s three new upgrades from Nonnef all in one go, all designed for the Earthrise Wheeljack mold. 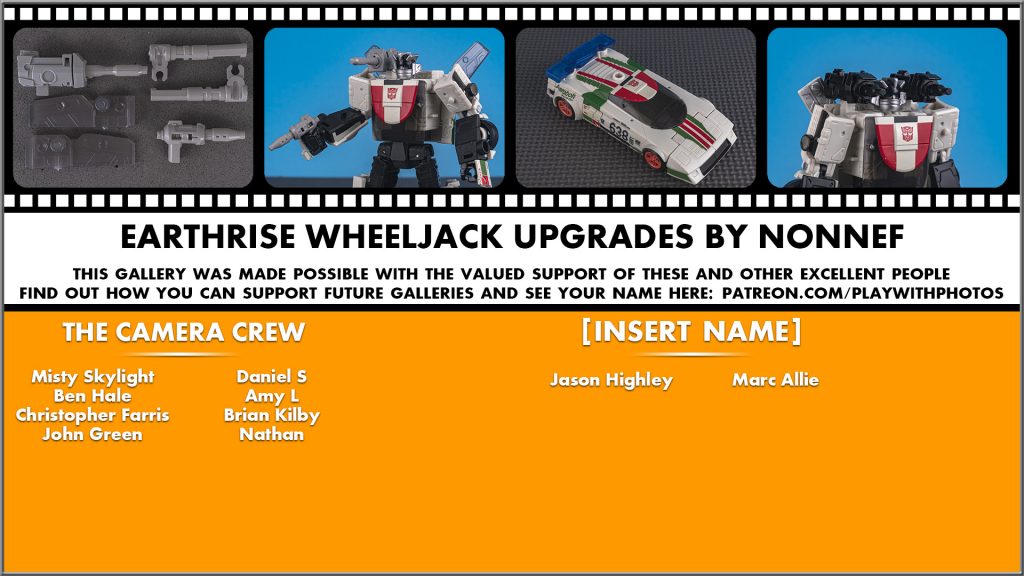 I felt from the start that Earthrise Wheeljack needed some help. The shoulder wings were quite small and unimpressive, and actually, so was the shoulder weapon. I also have some issues with the engineering and how the robot feels, but that’s beyond the scope for an inexpensive upgrade package. or three. Addressing some of those issues, Nonnef designed some add-on parts and released them in different combinations and color options across three individual products. 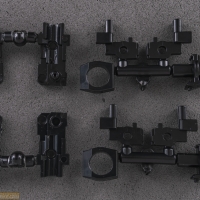 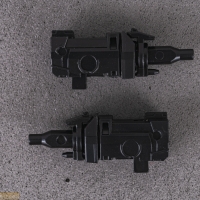 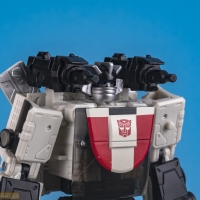 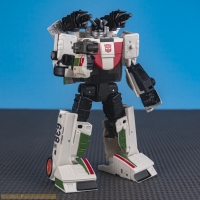 There’s the “Earthrise” kit, which adds more cartoon-inspired gear, including bigger wings, a single shoulder launcher with a long missile, a small pistol, and a pair of wrenches. 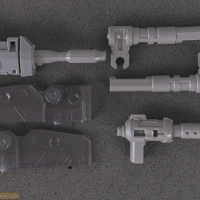 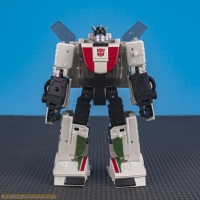 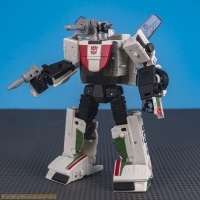 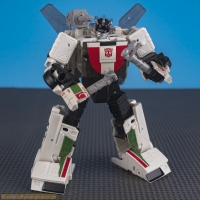 And finally there was a speculative Exhaust kit, for the not-yet-officially-announced Earthrise or Generations Selects Exhaust whose existence had been leaked earlier. This is already sold out, and it won’t be produced again until the toy is revealed. It included the most amount of parts, including wings (in blue), the pistol, the wrenches, two shoulder launchers with light grey short missiles, and one long missile. 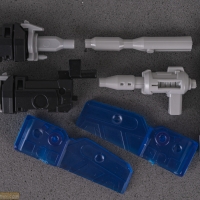 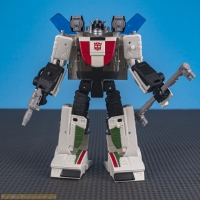 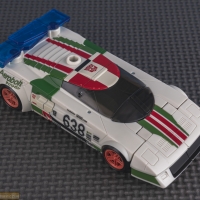 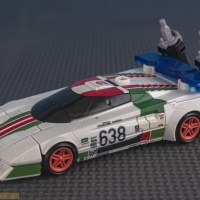 All of these come with some assembly required. The shoulder launchers in each case need to be put together, but the rest of the accessories are single solid pieces that don’t require any work aside from maybe trimming some mold flash. The assembly portion is my only particular complaint, because the frame connections to the parts are on the thick side, which made it difficult to cut the pieces out cleanly. As carefully as I could manage it, I still ended up with ugly edges one way or another. Fortunately those are mostly in places that can be kept out of sight, but it was a little disappointing.

The shoulder launchers are pretty cool how they’re designed. They have a hinged connection tab, which depending how you put them together, can let them flip backward 180 degrees. They use the existing slots around Wheeljack’s collar, and fit snugly. On mine, the cannons all seemed to sit a little crooked. But as they all do it in the same direction and to a similar degree, I’m inclined to believe it’s actually a defect with my copy of Wheeljack rather than an error with the upgrades. One of the bonus functions with the cannons – and especially useful if you buy more than one kit like I did – is a 5mm-compatible part of the connector piece, which allows for the launchers to be hand-held. So for instance if you set Wheeljack up with the two toy-based cannons on the shoulders, the cartoon-inspired one can be carried as a large rifle. 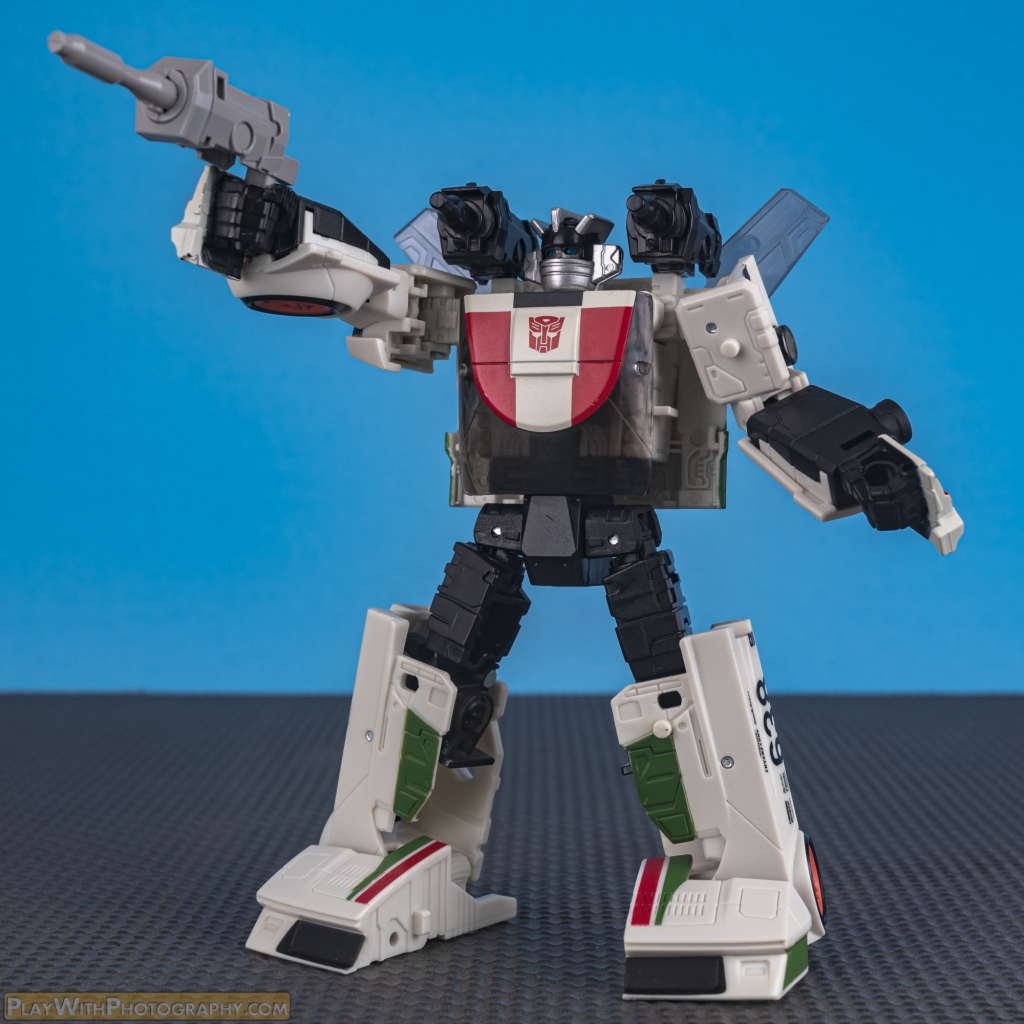 Meanwhile, the pistol which is a decent little sidearm itself has a special bonus feature. The odd socket on the back of Wheeljack’s original shoulder weapon will accept the barrel of the pistol, and the pistol has a flange that catches the groove in the launcher to stabilize the whole thing, making a very solid small hand-carried launcher or rifle out of the two accessories. 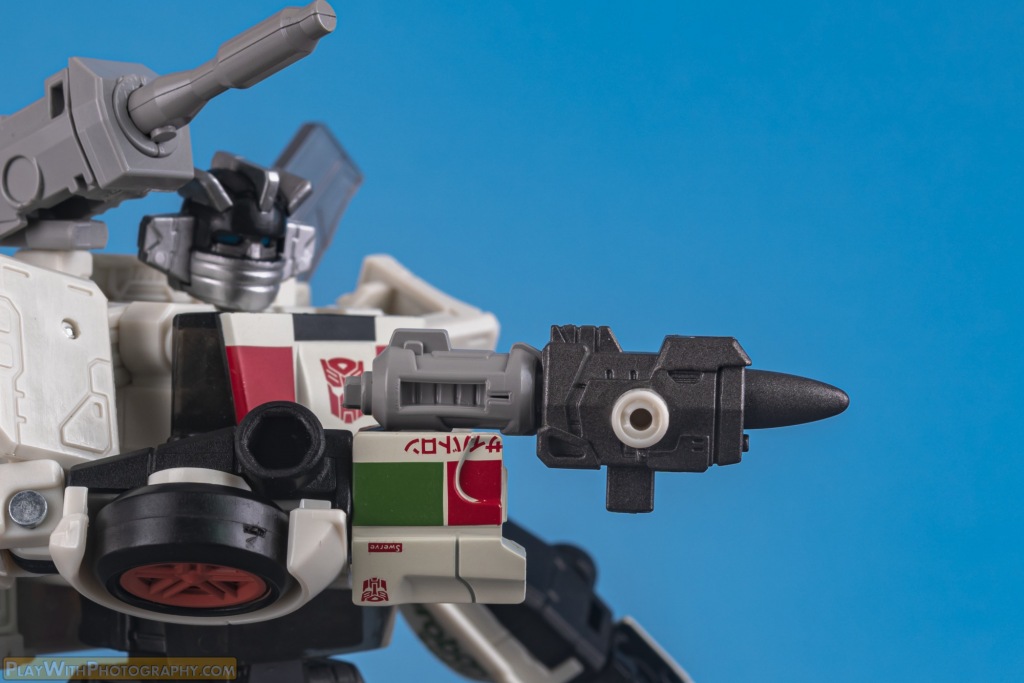 The wings in each set are cast in clear plastic. Smokey for Wheeljack, and blue meant for Exhaust eventually. This does mean that if you’re not exactly into the transparent/translucent wings, you’ll need to do some painting, or maybe work on them with a chrome pen depending on exactly what kind of finish you’re after. These are designed pretty thoughtfully, even recreating the stopper tabs from the stock wings to help keep them from swiveling too far for one mode or the other. Now, since these are bigger, in order to form the spoiler, they have to overlap. In order to overlap, one wings has to be offset from the other. This is most visible from above: 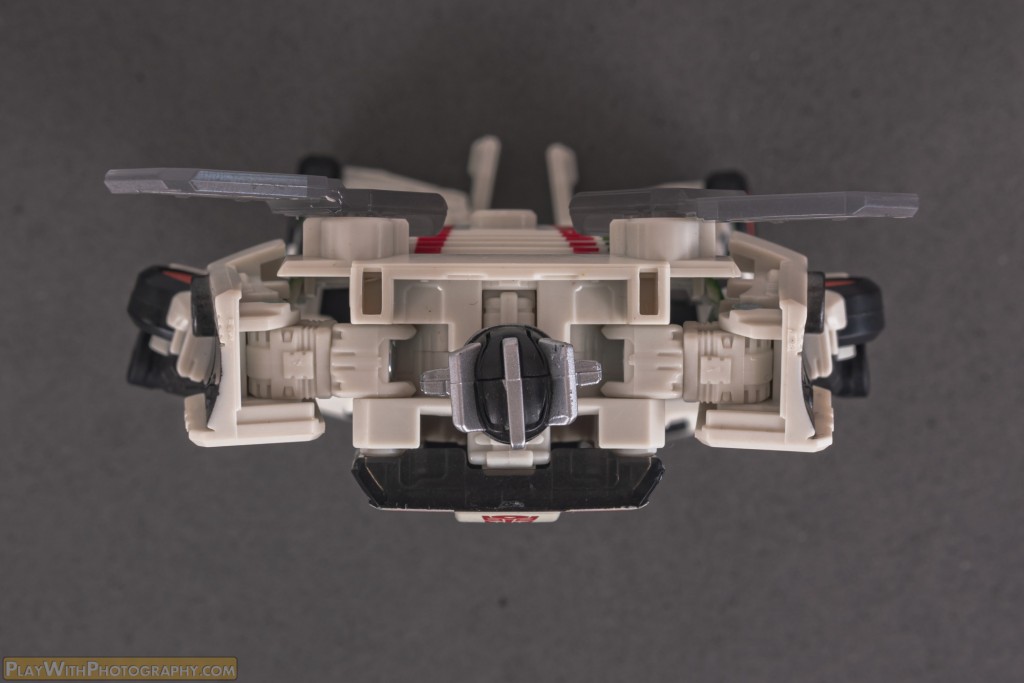 While it does seem pretty visually apparent presented like this, I can say that in normal situations in person, the effect of it is far, far less noticeable. This is something I was worried about while waiting to receive my kits, and it’s turned out to be virtually a non-issue.
The wrenches take clear inspiration from the look of the 2010 “Reveal The Shield”-era Generations Wheeljack’s accessories. But I don’t count that as a bad thing. The wrenches can theoretically grip 3mm pegs, but most such pegs on the skin of other toys are so low-profile that it’s very difficult to get the wrenches in for a good connection. It’s a nice little touch though and could probably be fun if you found the right other toy to use it on. 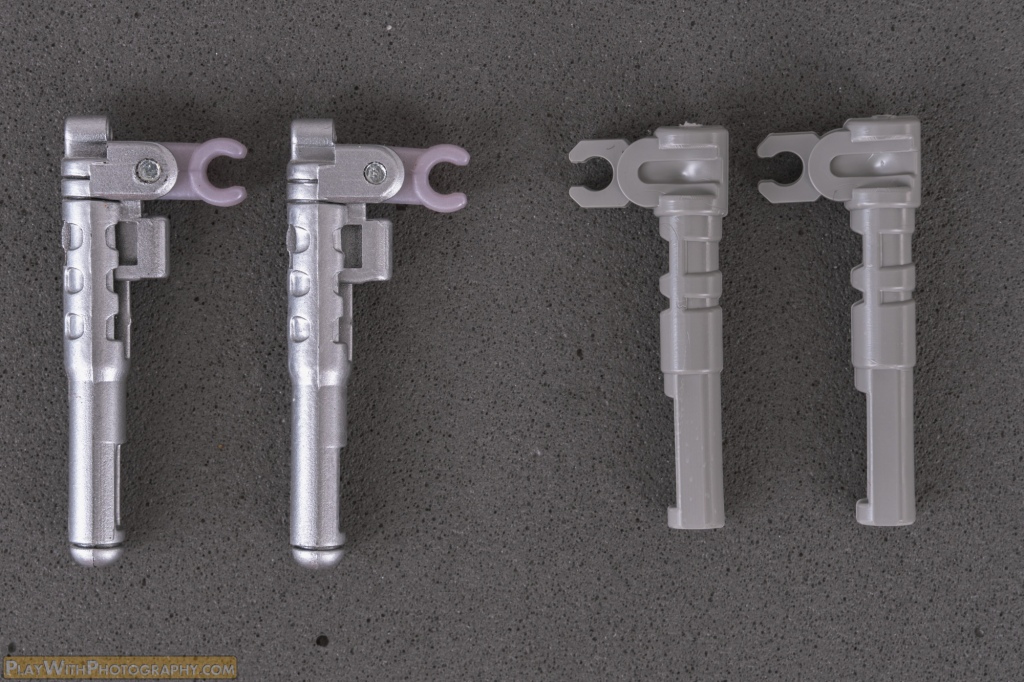 In robot mode, everything is pretty great and Wheeljack can be fitted with a decent bit of gear. The weakness here is that the car mode really can’t accommodate much. The spoiler obviously has a home, but outside of that what you can do is very limited. I’ve been able to get a launcher to fit in the rooftop port reasonably. The pistol won’t engage with any of the hexagonal ports though, and while you might store the wrenches sticking out backward from the bumper… well, why would you ever do that? The most I’ve been able to manage is fitting the launchers to the rear ports and having them sitting pointing mostly straight up from behind the spoiler. Anti-air cannons, I guess? It’s not the fault of the kits that Wheeljack wasn’t made with much vehicle mode connectivity in mind, but it is a little disappointing to not be able to keep more of it on board. Maybe we need Nonnef to make a toolbox for Wheeljack to hold all the extra bits. 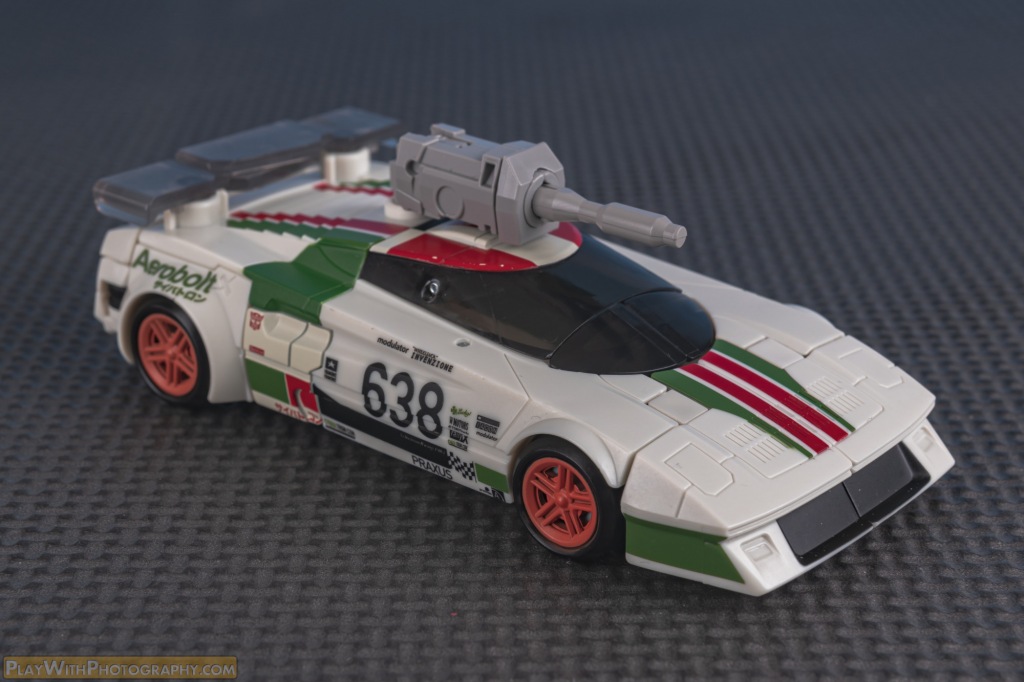 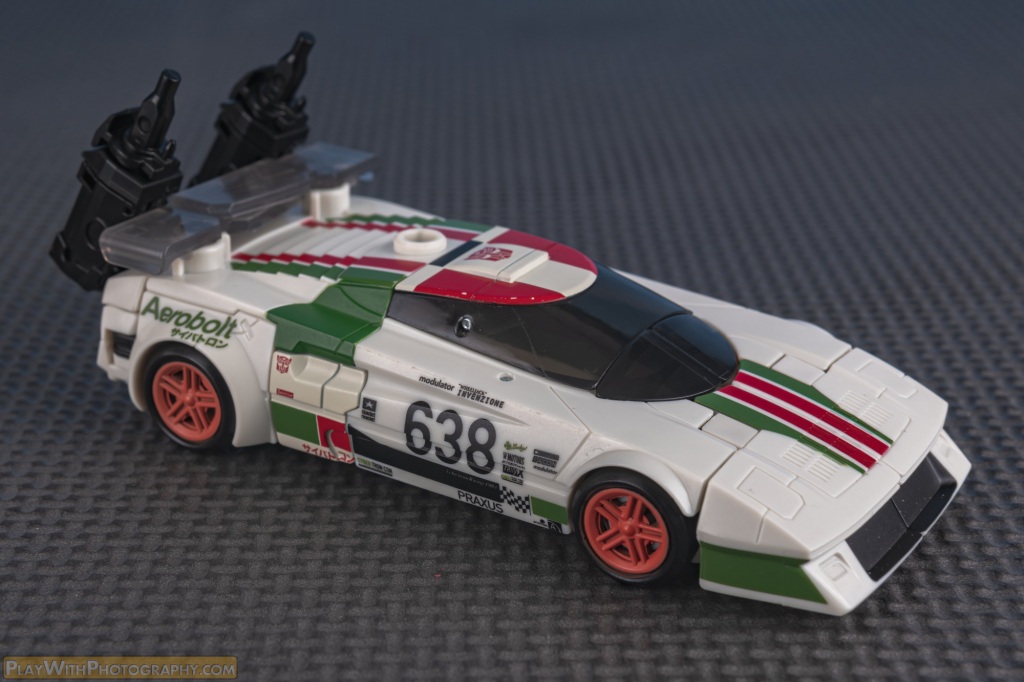 These are a pretty excellent set of upgrades for Earthrise Wheeljack that deliver what I think were some needed cosmetic and even functional improvements. And it’s hard to beat the price: Exhaust’s kit was the most expensive of the trio, and that was still just $10. Hopefully it’ll still be around that when it comes back, and will still feature the same amount of parts as this speculative/”preview” offering had. I’d say the “Earthrise” kit is probably plenty adequate for most people, but in the event that you really want bigger wings and toy-style dual shoulder launchers, there’s no way around buying both kits. And either way, the assembly process is gonna require more than a little cleanup of sprue marks. I still think it’s totally worth it though!