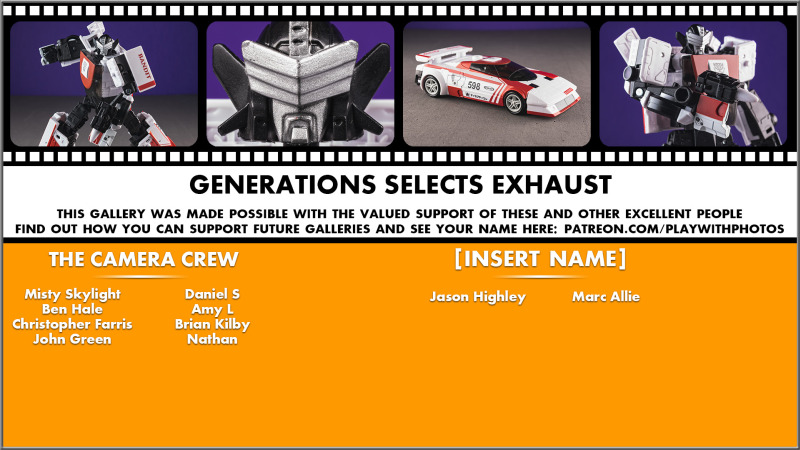 You know, when I bought that I guess “speculative release” edition of Nonnef’s Exhaust add-on kit, I did so assuming I’d be waiting most of the rest of the year before I’d have the toy it was supposed to be put on. Instead it was six or seven weeks. I’m not complaining, it just seems weird somehow.

I guess saying it’s just six weeks later is slightly misleading; we don’t as of the time I’m writing this know quite when Selects Exhaust is technically supposed to be released. A few have been sold early from channels that don’t always strictly adhere to Hasbro’s target on-sale dates, and that’s the source for this one. Hasbro has not even publicly acknowledged that this toy exists yet, so a known release date is also still lacking.

If you don’t know the backstory, Exhaust is based on a Diaclone deco of Wheeljack, itself based on a Marlboro-sponsored rally car. That connection caused headaches with the Masterpiece version of Exhaust some years ago because of laws about having tobacco branding images on toys or other things notionally aimed at children. And Exhaust’s original deco was pretty undeniable in that respect, even having been mildly genericized.

Selects Exhaust upholds the spirit of the “Marlboro Wheeljack” deco, but makes the car look much less like a rolling pack of cigarettes, which I’m totally cool with. I do miss the little green accents, though. 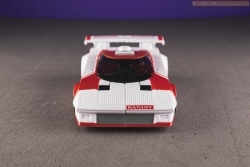 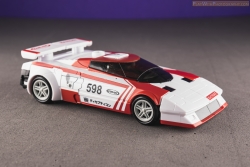 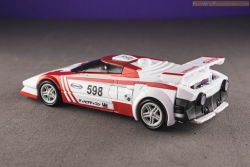 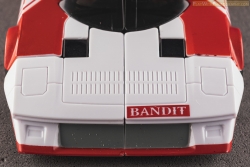 Exhaust has new sponsorship-style markings, though fewer of them than Wheeljack. 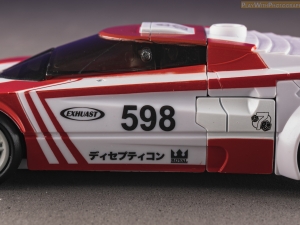 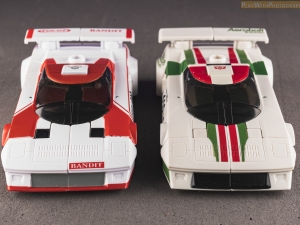 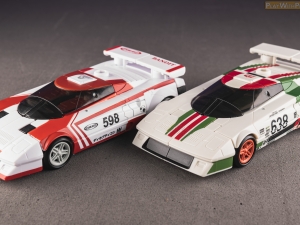 The robot has a new head for character accuracy, and physically this is the only thing that distinguishes the toy from Wheeljack. It’s a pretty good interpretation of the head design. 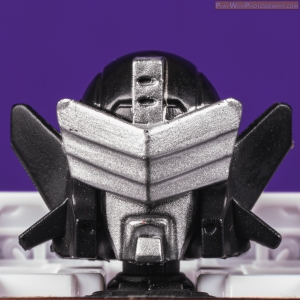 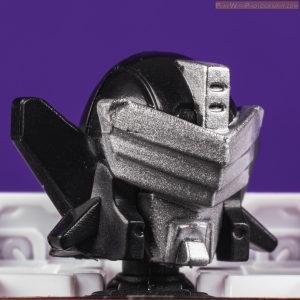 As a Masterpiece, Exhaust was a Decepticon. In Generations Exhaust is now a representative of a new mercenary faction Hasbro is introducing this year, complete with original faction logo. Invention is great, but I will almost certainly be adding a Decepticon sticker to the chest later since that’s the Exhaust I want in my collection. 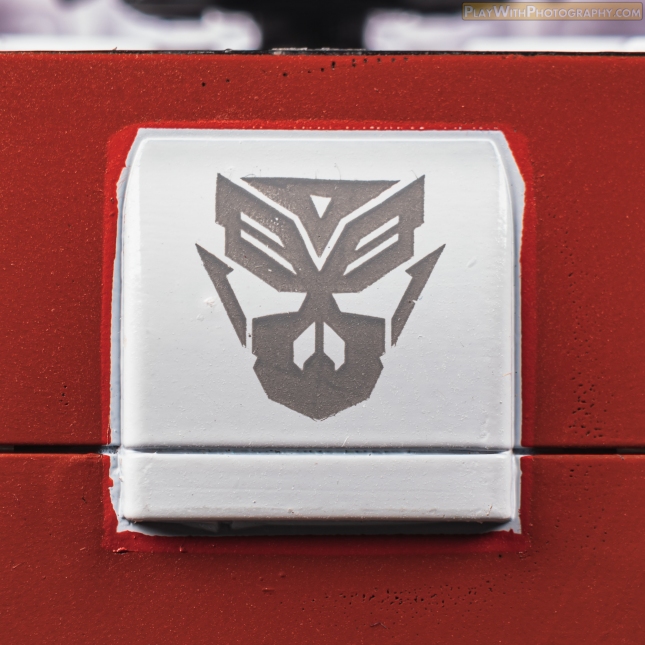 While I did quickly rearrange the existing accessories to give Exhaust a slightly different silhouette from Wheeljack in robot mode, there’s only so much you can do as the toy comes. And while Exhaust is pretty nice by itself, in my opinion it’s not until you add those Nonnef parts that Exhaust really begins to shine. 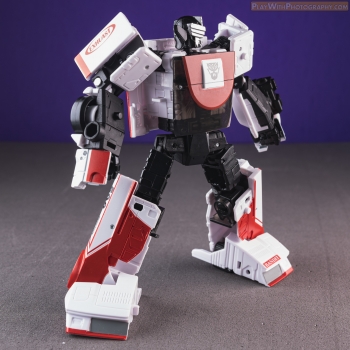 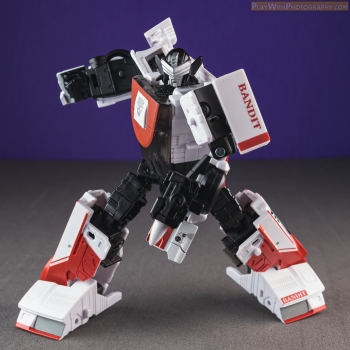 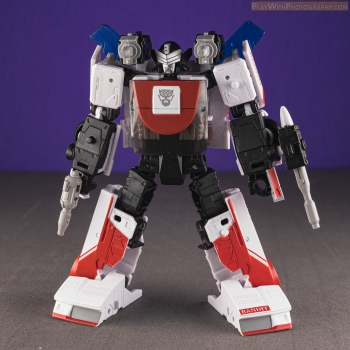 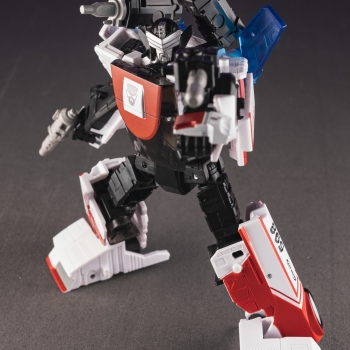 On its own, Exhaust is a capable release of a character new to this segment of Transformers collecting, and I’m glad that it happened. When you add some after market extras, this thing really finds itself and becomes suitably impressive. I don’t want to say that you have to add $10 or $15 worth of stuff to your already $20 toy, because of course you don’t. But it sure dresses it up real nice! 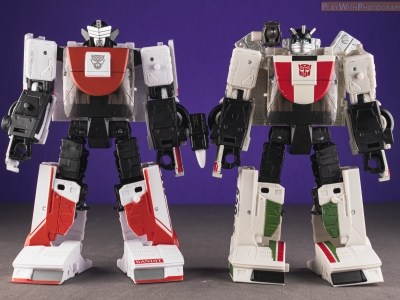 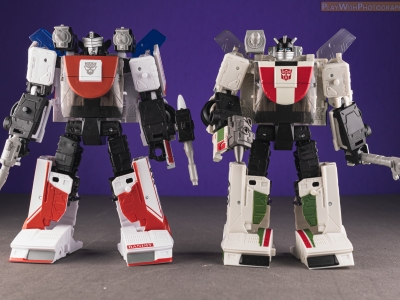