You know, I never bought any Deep Space Nine figures when I was a kid. I’d mostly shifted my interests to other things by that point, at least when it came to buying toys. I’ve never stopped watching Star Trek at all in the last almost 30 years since I got started. My adult collecting behavior with Playmates Star Trek stuff is extremely casual, so I still only have a few figures of the cast of DS9 since I pretty much only get them if I see them someplace in person at a low enough price and if the whim strikes me. Thus, The Sisko was a relatively recent addition. 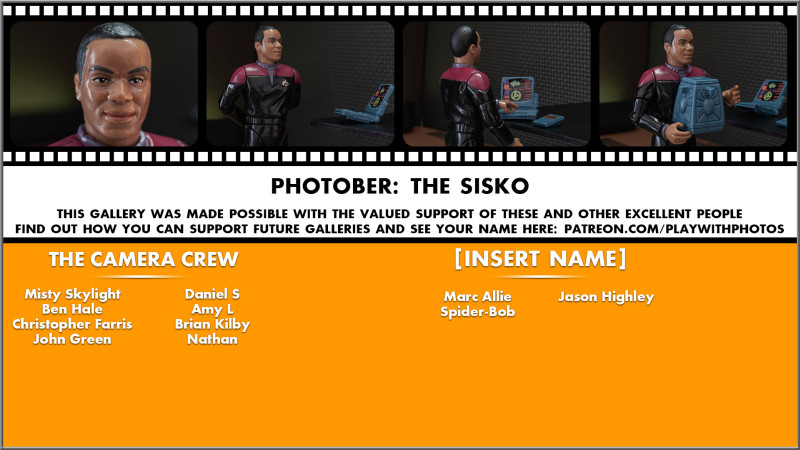 Well, this The Sisko, anyway. I’d bought the TOS-uniformed Sisko a couple of years ago. There’s also a later run of this Sisko as Captain Sisko with the shaved head and the goatee. I’d like to pick that up at some point too. 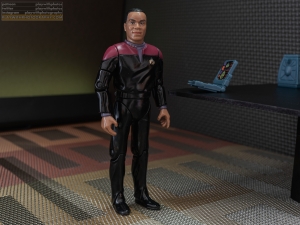 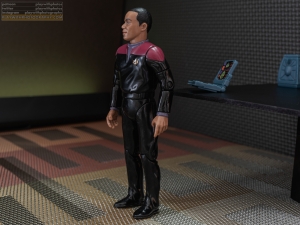 Sisko’s pretty basic, so there’s not a lot to talk about. Kind of a thing with a figure line where virtually every toy has identical articulation and fundamental construction: It’s hard to keep talking to any length about them. The likeness to Avery Brooks is fair, and actually is probably one of the better likenesses with the DS9 figures from this time period. 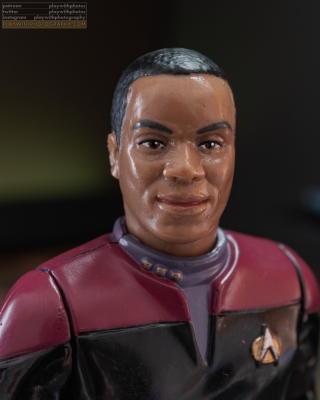 Accessory-wise, Sisko has the requisite phaser, set to Continuous, and the PADD that’s great for “padding” an accessory count. (I hate me) The PADD can be held pretty well in the right hand, and the left is posed passably to be tapping away on it. The phaser is held best in the right hand, but looks more natural with the angle of the left hand which also cannot grasp it securely. I can’t remember if this was really so common a problem with these figures, but I’m starting to get that feeling… 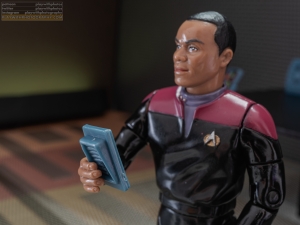 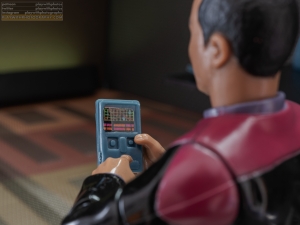 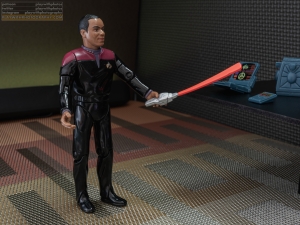 New to this figure is the DS9 style of Starfleet monitor that looks even more like a notebook computer. It’s a shame Sisko didn’t come with the Cardassian style of desktop terminal which appeared in the first couple episodes of the show. Sisko also comes with an Orb case. It’s just a single solid block, no opening panels. But then, even if they had given it moving parts, I’m sure any representation they’d have managed of an Orb itself would have been a bit of a let down. 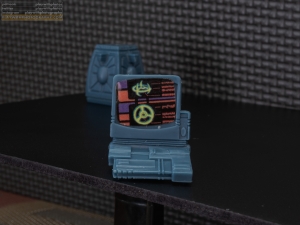 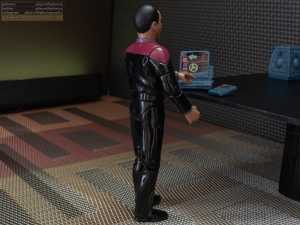 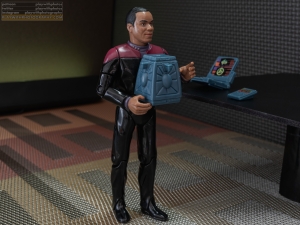 Photober’s Star Trek week wraps up tomorrow, and oddly it looks a lot like today… come back to find out why on Photober the 23rd! 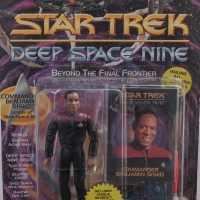 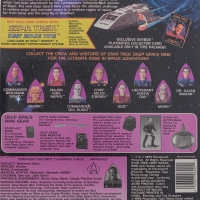 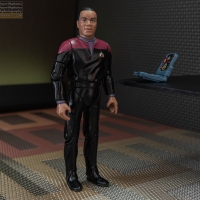 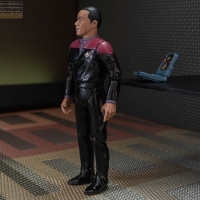 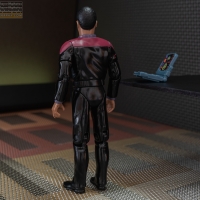 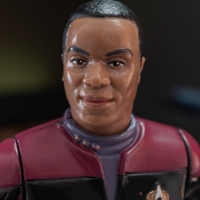 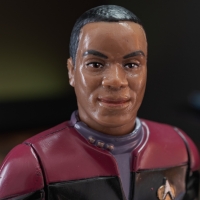 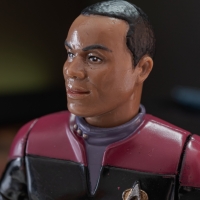 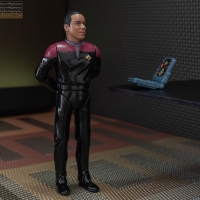 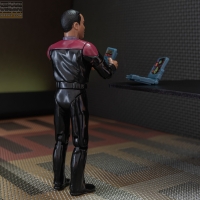 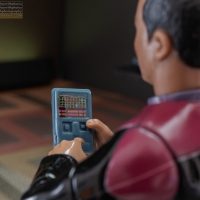 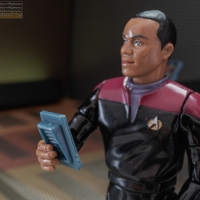 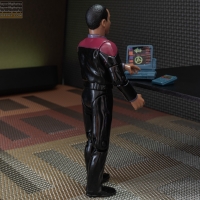 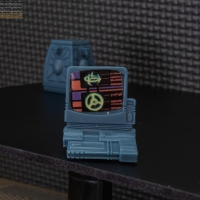 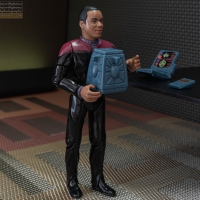 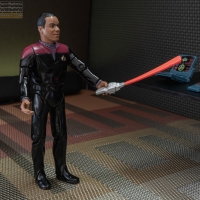 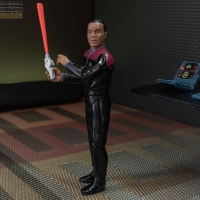 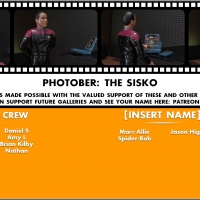