This is largely all RAC’s fault. But that’s a story for another day.

Gundam G Frame is something that’s been around and which I’d been aware of for a while. In fact, I was investigating the possibility of getting a couple for Photober in 2020, but the specific sets I’d have most been interested in were difficult and/or expensive to get at that point. But then in 2021, Bluefin started distributing them in the US, so you could actually go to Target or Gamestop and probably find some relatively current offerings for $12 to $15 each. What was once mostly a distant curiosity suddenly became compellingly accessible! 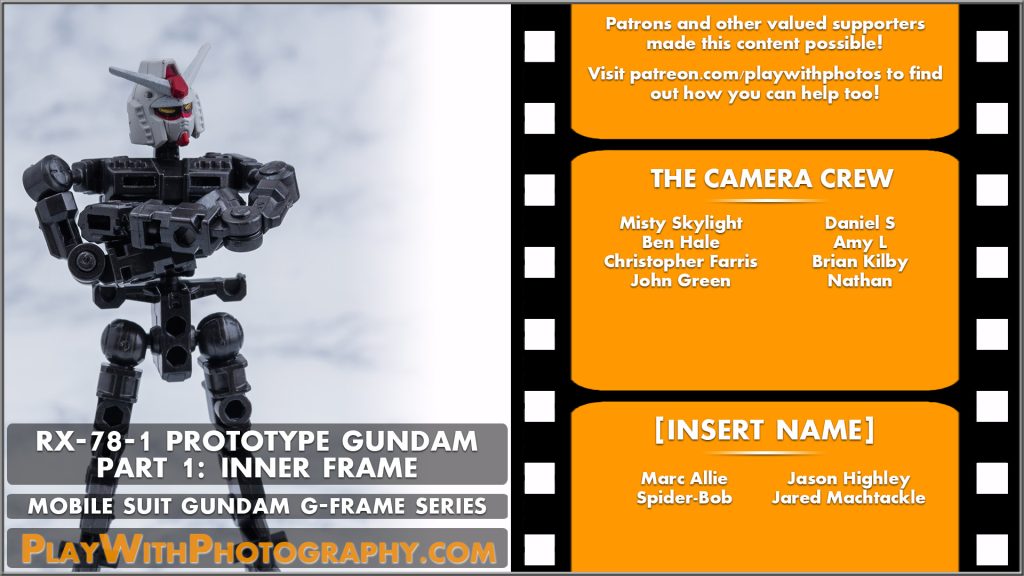 G Frame in Japan is a candy toy style product, where each mobile suit is sold in two boxes, one with the armor that actually makes the suit whatever it is along with a static display frame – so you can buy just that and get functionally a little statue of a Gundam or other kind of suit. The companion box is the weapons or other relevant accessories, and and incredibly articulated frame that the armor from the other box can be attached to so the whole thing becomes a functional action figure. The Bluefin distribution changes this a little bit. They lose the candy (sad face) but combine both the A and B parts for each suit in one big box so you always get a complete figure with armor, weapons, and poseability. It’s a hell of a deal for $13-ish in today’s economy.

I don’t want to talk about a fully assembled G Frame figure though. I want to talk about just the frame itself, because it’s amazing. I have a few of these at this point, and it seems like the frames are universal across the series. That counts for the static display frame too. That’s sure to help keep the costs down when any given suit can reuse over half its total parts with no changes at all. The bare frame (plus the Gundam’s head I stuck on so it would have a face) is unbelievably poseable for the low entry cost. Devoid of any armor, even simple joints like the elbows can get extreme range of movement, the multiple joints in the torso are unrestricted, and the really complex shoulder construction can absolutely shine. The legs are well articulated, but follow a more typically expected path of ball hips, thigh swivels, doubled knees, and doubled ankles. While that may not sound like all that much on paper, they can still do a ton. Leveraging just a portion of this frame’s total poseability, you can quite easily have the frame sitting on the floor with its arms convincingly crossed, and the whole thing looks remarkably natural.

The sad truth is, the armor that makes a frame be some specific model of mobile suit only holds back the stunning potential of the underlying construction. Armor will often have spaces left open so some things like the extra shoulder jointing can still be utilized, but the sad truth is that a lot is simply lost by necessity. And many of the parts fit on snugly enough that I wouldn’t really want to be removing them and reattaching very often. It makes a rather convincing case for maybe getting an extra just to have the frame available to mess with. In fact, while I’ve had this Prototype Gundam for months now, I left the armor off all this time specifically because I thought I’d want to show off just what the frame could do eventually. And I’ve definitely been taking advantage of having a bare frame sitting around to just enjoy the unfettered poseability. Once I do add its armor, I guess I’ll just have to buy some other G Frame to leave the armor off of. It’d just be too much of a shame to not have one of these close at hand… 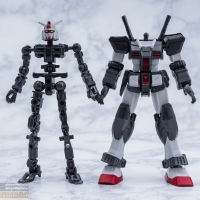 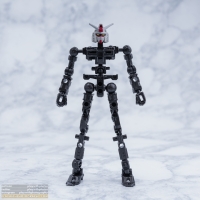 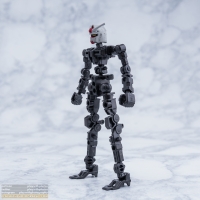 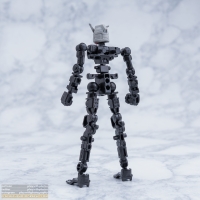 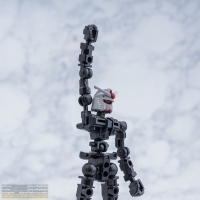 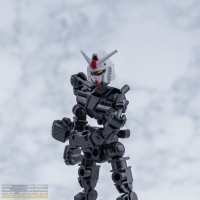 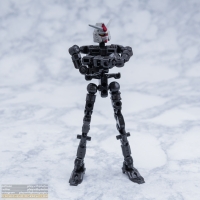 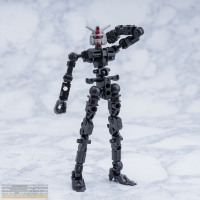 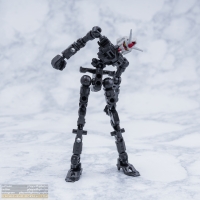 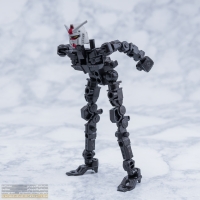 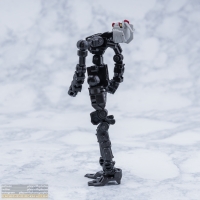 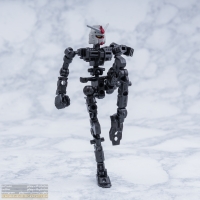 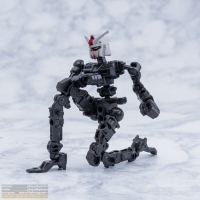 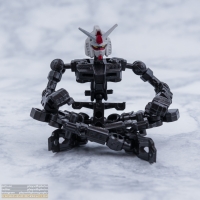