When we opened the advent calendar yesterday, I shared my joy at the super poseable inner frame of the Gundam G Frame line – a conveniently universal design, so you can pick up literally any release and have a copy of it! But these are more than amazing articulated robot skeletons, so today I reluctantly build the Prototype Gundam. 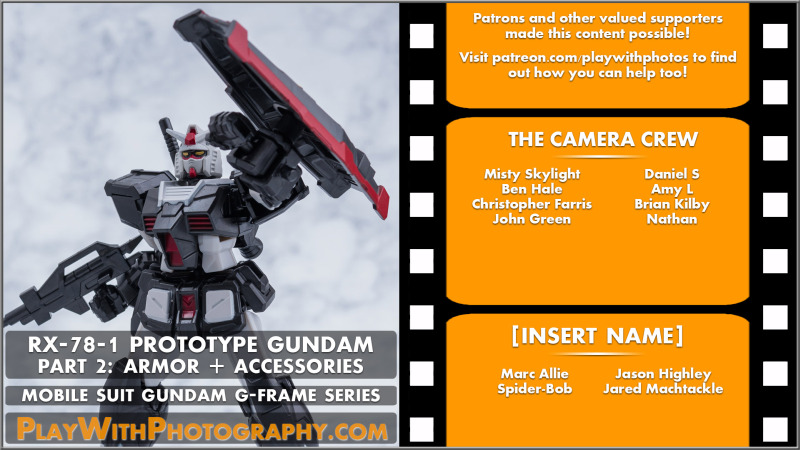 The reluctance is only due to locking away the full strength of the frame, though. When completed, a G Frame is a very nice figure for being a candy toy product in Japan. They’re somewhere in the middle between an action figure and a model kit. The model kit aspect is probably obvious, with the necessary assembly to have a “complete” object. Though in my experience, the model kit quality of it extends a little to the general feel. Action figure model kits very often have a slightly loose or soft feel to them around the moving parts, because there’s typically space enough between pieces that the joints aren’t exactly stabilized. I most often see this with torso jointing, but it can occur other places at higher levels of complexity. In general it’s a reason I don’t really enjoy model kits. I want figures that feel like figures, and I’ve yet to have that from any model. And I do find a little bit of that in the assembled G Frame within the torso.

The torso armor for the Prototype Gundam is several pieces, so there’s room for them to have some play between each other. This exaggerates an issue with the frame itself, where it’s hard to perfectly align the joints in the torso to start with. The effect is simply more visible with the armor on. In general, outside of that, these end up feeling pretty good. My Prototype Gundam seems like it could use some reinforcing of the ankle ball joints, but I think that might be a mileage varies kind of thing. This can be fixed rather simply with some floor polish, and it’s not something I see as a big deal.

So otherwise this is an action figure. Unfortunately it’s a Bandai action figure, and a low-end one at that, and that means certain things you might already be expecting based on that preamble. The backside goes largely unpainted. Because, of course, you’re not “supposed” to look at that side. So why waste paint on it, right? The accessories are also unpainted, expect for the shield. This isn’t even a problem for the most part. The shield gets paint and looks quite nice in fact. Meanwhile the hyper bazooka and beam rifle don’t look unfinished in solid black. The bazooka could probably do with some contrast to look its best, but it’s really okay. No, it only becomes an issue with the beam saber, and its bare, black blade. I guess touching up the accessories gives the end user a chance to personalize their figure…?

Now, because the hand options are either a fully open pair of hands that can’t hold anything, or a fist with closed slots for accessory handles, things like the Hyper Bazooka with complicated handle shapes need to take a bit of a compromise. Like having the grip be removable so you thread it up in the hand and then reattach it to have the Gundam carry the bazooka. That makes sense, and it’s probably necessary to have the handle be an extra piece for manufacturing purposes anyway. But man, the fit between hand and grip is extremely snug. It takes some real work to get the thing back out of there when you want to switch weapons. I would recommend working it out from the top down. The plastic doesn’t feel like it’d be super forgiving, and I could see it breaking if too much force were applied by pulling from below instead.

The armor does restrict some of the frame’s mobility, but I don’t want to sound like this suddenly becomes a brick. It still has a very competent level of poseability. Actually, more than I even ended up really depicting in these photos. Oops. RAC nailed it when he compared it to Mobile Suits in Action from about 2002. The functional articulation is very similar to that, which is a pretty comfortable space to be in. They’re also pretty close in size to the average MSiA. Which might well be part of why I started to actually care about this line. Unfortunately they don’t respect scale. MSiA didn’t have a declared scale and was often internally inconsistent, but they did at least try to reflect relative differences in size between suits. Because these all use one universal structural frame, everything has to be the same height. But that’s not the end of the world; there are more suits in the 18-20 meter tall range than not, so it’ll all mostly work anyway.

When you do combine armor and articulated frame, that does leave you with that static display frame spare. But that’s okay, Bandai’s candy toy engineers thought of that too. They instruct you to pile up the parts and add an extra mast and use the static frame as a display stand. Seriously. Like, I guess it works and is stable enough, and it sort of eliminates extra pieces laying around. Sort of. But I really can’t take it seriously at all.

G Frame really scratched an itch for me, and largely I just regret being able to only get hold of a few so far. Soon enough I will regret from the other direction, since series 14 which is due out any time now via Bluefin distribution is an entire assortment that I’m interested in. This is how rabbit holes start, kids. 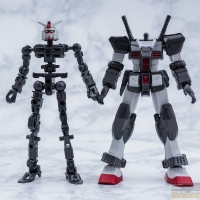 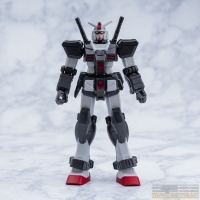 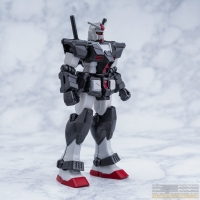 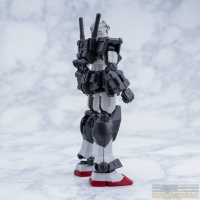 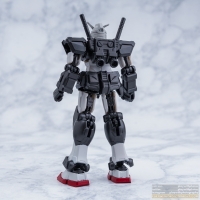 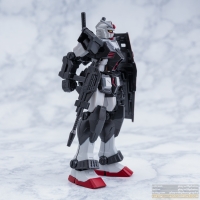 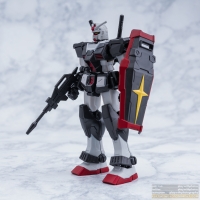 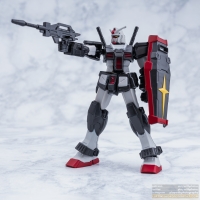 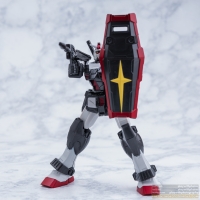 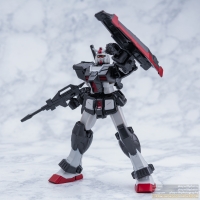 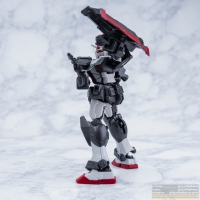 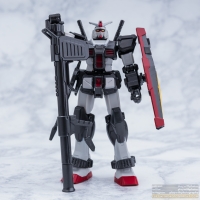 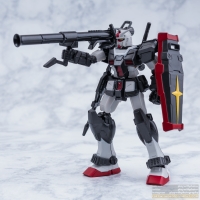 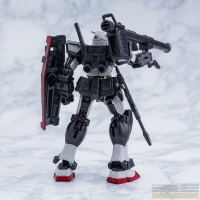 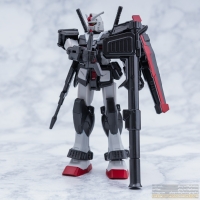 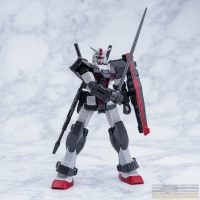 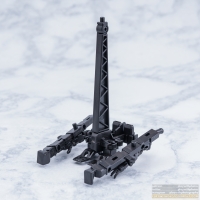 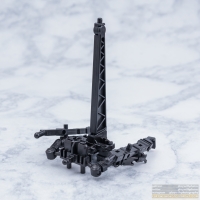 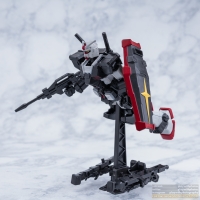 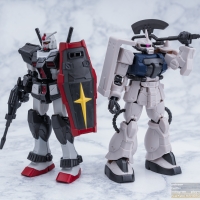