Siege Sideswipe was a promising start to a line that more than a few people met with trepidation or at least skepticism. But that it was quite good and solid was not its greatest surprise! No, the true surprise was just how much we would see the mold and its underlying engineering reused, remodeled, and adapted to other purposes. Perhaps nothing will top the act of remaking it as a Delorean Time Machine, but doing an equivalent effort makeover to make the not very Cybertronian car mode be a more specifically Earth mode is up there in its own way. 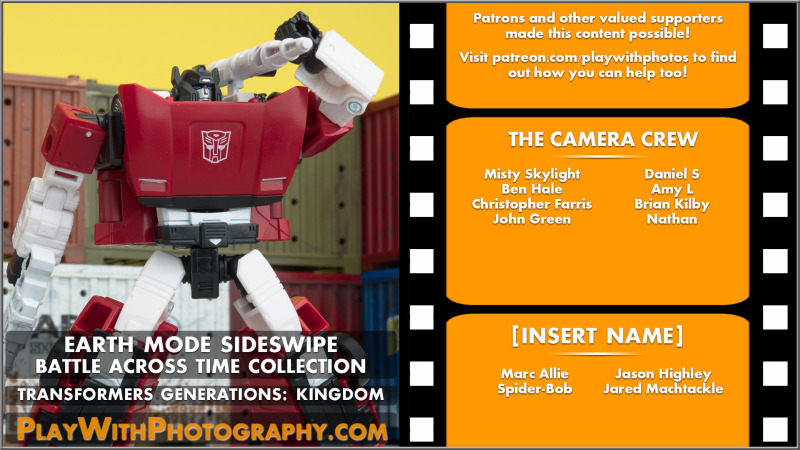 For me, Sideswipe wasn’t the first time handling this remake, as I had the Earth body Red Alert a little bit before Sideswipe’s two pack hit Amazon. But that’s worked out nicely, since with a sample size of two I can at least say that it seems like the suite of new parts turned out just fine. My stylistic complaint with Siege Sideswipe was almost entirely resolved with the application of a sticker to represent a solid roof panel on the car, so this stands as more of a lateral move for me than something I felt was vital to have as the “proper” representation of a character, however.

Because the robot-specific parts are not changed in any meaningful way, there is the extra benefit that most of your aftermarket addons will still work with this redesign. The Nonnef shoulder cannon and rifle finish this new Sideswipe out nicely, even though unlike the Siege release, Battle Across Time Sideswipe does include a rifle in addition to the shoulder cannon. What won’t just seamlessly transfer over is the Nonnef spoilers. But adapters were designed for that if you have the spoiler parts on hand and want to use them on this version of Sideswipe. Perfect Sideswipe is still very close at hand! The rocket pack from Nonnef also works, though I don’t think it fits as well or as smoothly as it did to the Siege toy.

I think what seems most impressive is the effort to make the vehicle mode visually match Kingdom Sunstreaker and that mold family. Alas, I wasn’t able to retrieve Sunstreaker or the Diaclone redecos of that mold before I had to start shooting Sideswipe. A bad omission on my part, I admit. But the idea of having the two nearly identical vehicles with very different transformations and distinct robot forms is very pleasing, even if it is just a straight lift of how the G1 toys worked. It is always 1984, after all.

Like I said, this was not something that was vital to my collection as such, and in some ways it introduces more problems than it immediately solves. We have a matched Red Alert already, but the Deep Cover and Tigertrack we got only fairly recently now are no longer on the same body style. Some might take that as a positive, and I can understand why. Sticklers for Diaclone accuracy might be a little less pleased about that given how unlikely it feels for us to get do overs of Tigertrack or Deep Cover at all soon. Probably by the time they would, we’d have yet another all-new Sideswipe mold anyway and things would still not match. This is simply the boulder we must eternally push up the hill as collectors. 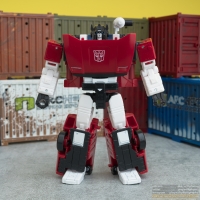 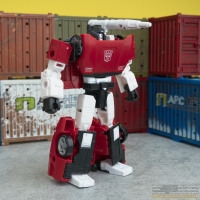 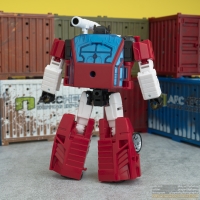 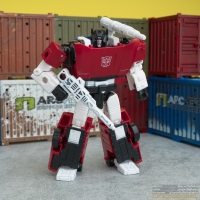 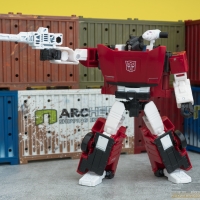 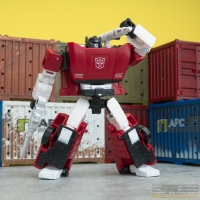 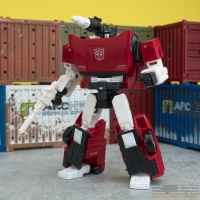 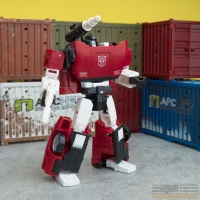 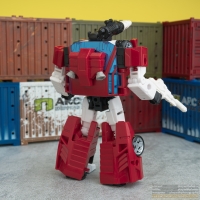 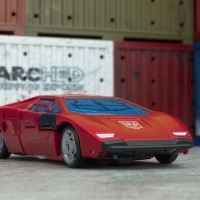 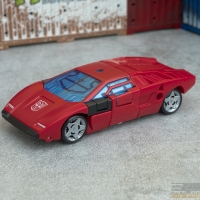 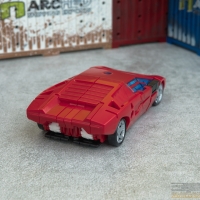 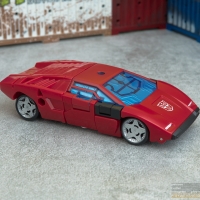 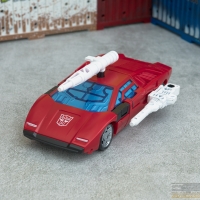 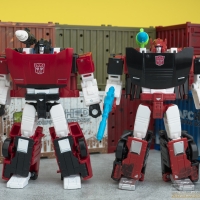 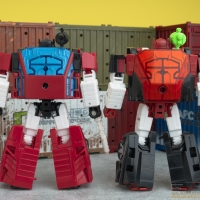 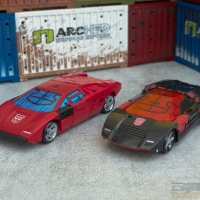 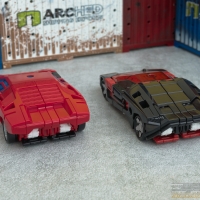 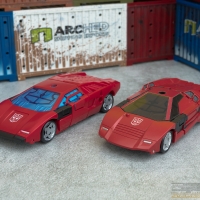 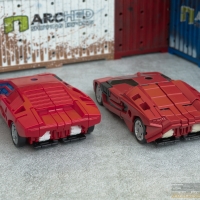 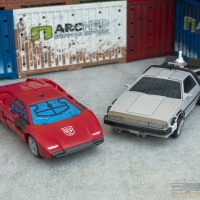