Despite what you might think, I did not buy this for the purpose of having a companion piece for the new Artfire. I’d actually had this on hand for quite a while prior, so things just kind of worked out in my favor ultimately. This Stepper was exclusive to Japan’s Transformers Adventure, the branding they used for our 2015-vintage Robots in Disguise franchise. And going one step further, Stepper was only available in a “versus” two pack with an unmodified Adventure Sideswipe. Sideswipe was also sold individually at about the same time. I’m sure the Japanese retailers loved that decision. I do not have an Adventure Sideswipe, however. I picked up Stepper second hand much later on, and I don’t know what had become of the Sideswipe in question by that time.

It was a convenient thing for me in any case. I hadn’t bought the RID Jazz when it came around, though it did look interesting. The lack of the visor on the robot’s face kept being weirdly offputting to me, and I didn’t feel any real need for a new Jazz anyway. But I was still curious about the mold. As it turns out, the mold did have a “normal” Jazz head with the traditional visor designed for it, because that’s what Stepper wound up using. Meanwhile, I’m thinking it would have been more interesting to have Stepper be the one without the visor in order to be a little more distinctive. But also bad for me, because that one cosmetic difference might have been enough to talk me in to a Jazz, and than I’d have ended up double dipping on the mold. 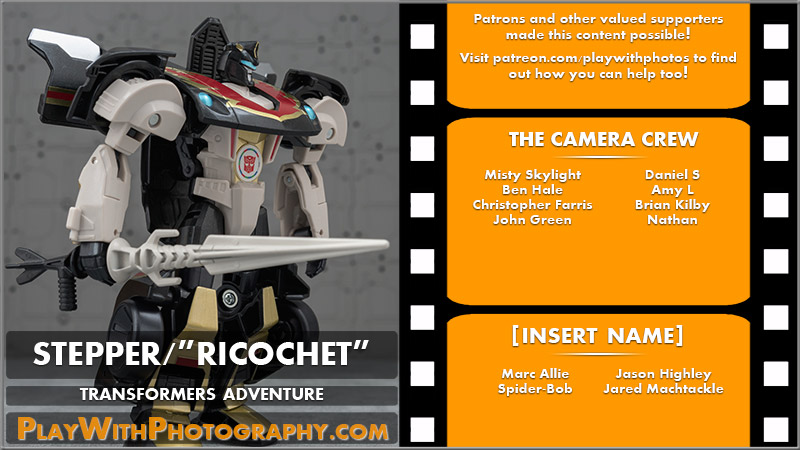 Stepper is a product of its time, even more than it is a product of the toyline the mold was designed for. Most RID Warrior Class figures were actually pretty good. But having handled War For Cybertron Trilogy toys since 2019, which redefined things like joint construction and what the basic articulation package was going to be, it’s a weird experience going back to toys that were made prior to those new decisions. Stepper, or rather this Jazz mold has good articulation for the things it does have, but poseability feels more restricted without things we might take for granted now, like ankle rockers as a standard feature.

On the other hand, there’s a certain solid simplicity to toys like this which appeals to me. I’ll admit I haven’t spent a ton of time handling this in the time I’ve owned it, so I did have to mostly relearn its transformation. That’s a weird thing to think when there’s so few actions really needed, but the roof, hood, and fender elements can be difficult to deal with when you don’t understand the sequence. Passing that hurdle, it’s a quick and very definite transformation with everything locking together super solidly. It makes a sturdy brick of a car in just a few seconds, or quickly unfolds back to being a robot. It’s a really satisfying tactile experience.

And that has a lot to do with why I leaned toward this to go with Selects Artfire despite them being of drastically diferent design philosophies. Selects Ricochet, the Power of The Primes Jazz mold, is anything but a satisfying tactile experience. I don’t know if I actually hate that mold, but if not it’s not far off. I can have fun with Adventure Stepper, and that’s a big deal for me.

I can even have fun with the weapon it comes with. Where Stepper got to use an alternate head sculpt as compared to RID Jazz, apparently there was only the one weapon on the tooling. So Stepper has a lance. It is if nothing else an interesting novelty. You don’t see a ton of polearm kind of weapons in Transformers. Sadly the articulation doesn’t really lend itself to proper use of the weapon, since the wrists can’t make it point forward or anything. There’s a side peg on it, meant to let it attach to the vehicle mode. You can store it on the back that way too. But you can also fit that peg in the hand to get the weapon pointed forward. However, it’s hard to not start seeing it looking more like a rifle now. …which is actually fine with me. Gundam has had a couple of instances of lance weapons that were also used as ridiculous guns, so I really am rather delighted to introduce a Shot Lancer to the party here.

Of course, I’m sure what we’re all looking for here is a Targetmaster. So we can make that happen. I’ve got United Stepper, and thanks to the magic of 5mm pegs, Adventure Stepper can borrow its Nightstick. It’s actually a pretty solid fit, too! Even better? It can plug in the roof of the car with no problems! Or to followup on a little of what I talked about with Artfire yesterday, we could lend out Battlemaster Fracas – with or without color-correcting parts swaps. That also works with no real problems in robot or car mode, though the visual styling differences become a little more obvious I guess.

I don’t really have a concept now of what it would cost to get this Stepper by itself, much less what TAV-VS04 would cost in its entirety. I think I paid $20 or less for this Stepper alone, but I also always felt like I got a very good deal, so probably don’t base your decisions solely on my experience. It’s a neat thing to pick up if the right opportunity comes along though. 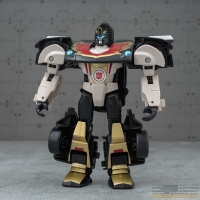 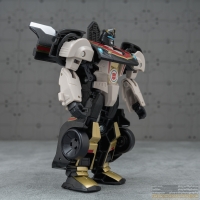 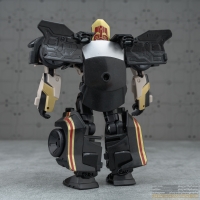 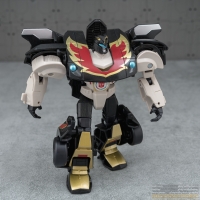 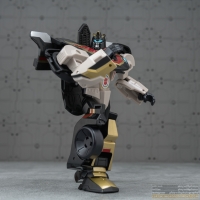 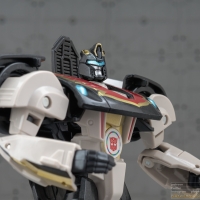 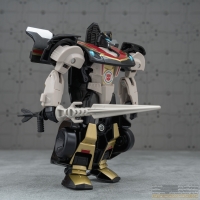 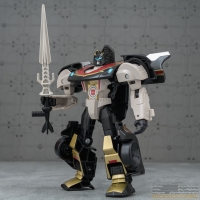 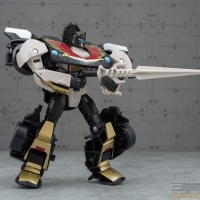 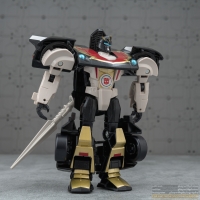 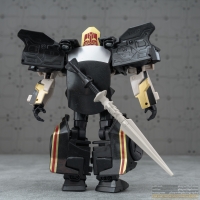 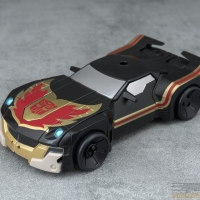 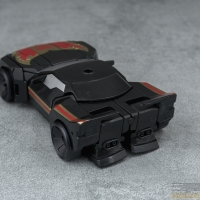 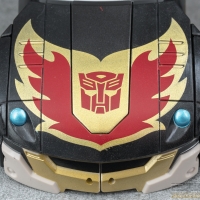 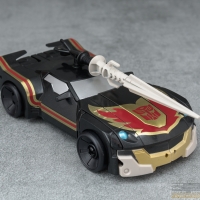 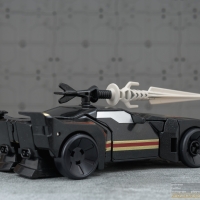 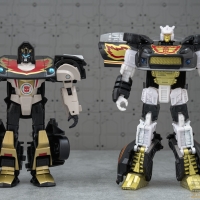 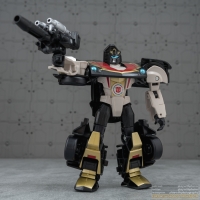 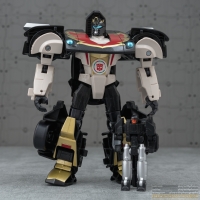 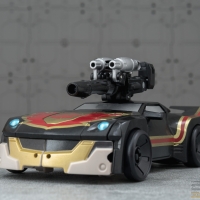 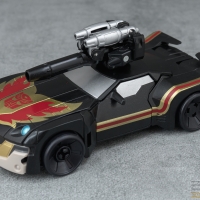 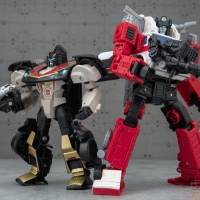 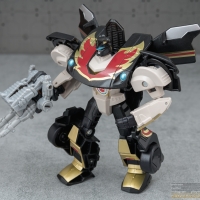 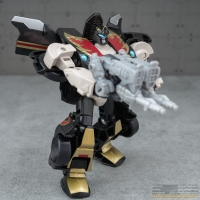 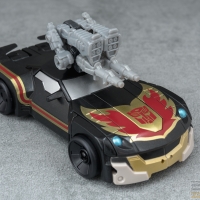