Cyberverse’s Deluxe assortment hasn’t always been the best of toys. It was a let down early on since I wanted very much for them to be the return of RID’s Warrior Class toys, which I typically enjoyed a lot and still do when I have occasion to revisit them. Cyberverse just wasn’t hitting that button though. At least at first. As with many things, conditions improved as the assortment matured. But one that I never expected to like as much as I do was Prowl. 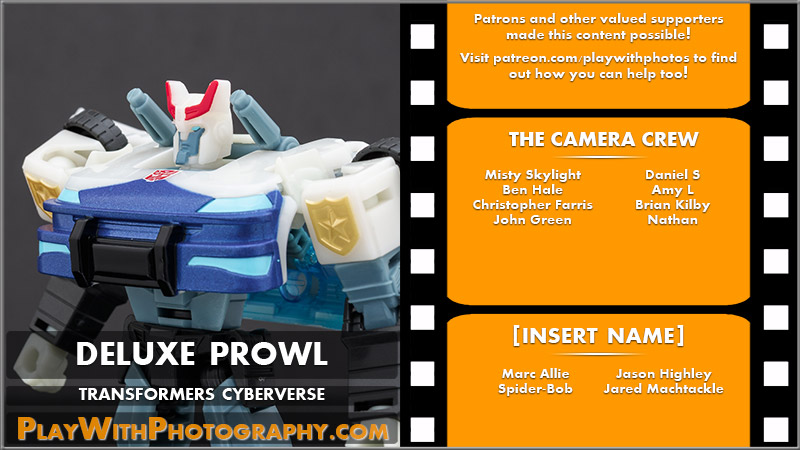 I was excited to find the Deluxe Starscream both because I like the design of its vehicle mode, but also because it had blast effect parts I wanted. I don’t know what came over me to also buy the Prowl that was hanging there too, but I’m really glad I did. There are negatives to get out of the way, of course. The biggest among them is the milky white plastic most of the toy is made of. A coat of flat white paint would do some of these surfaces wonders. So you do have the detail visually softened by the nature of the plastic which is regrettable and afflicts both modes pretty equally. And there’s more hollowness in some of the robot parts than you would see or expect in a Generations toy. But for me, that’s about where the downsides end. Well, there is another, but it’s kind of a different thing. I’ll come back to that.

This Prowl isn’t trying to look like a Datsun as such, but its proportions do read similarly enough to feel related. Familial resemblance aside, it’s a good fusion of a high performance sporty car design with police vehicle trappings. I find the shape of the car mode very pleasing for the angles of the body lines and the big square shape of it. It’s just this perfect expression. Whether or not Prowl is trying to look like a Datsun, it’s still engineered like one of the more Datsun-y cousins in Generations. It’s marginally simplified, and in fact I think the legs in this case are a better solution to the typical Prowl family transformation. But the basics of the transformation process are very much the same, and so, very familiar. The only trouble I’ve found is dealing with the shoulder cannons when going from robot to vehicle. They need to stow up behind the windshield, and it’s both easy to forget to do that, and not immediately obvious how to achieve it. But once you learn how it goes, it becomes pretty natural to do.

So using yesterday’s Stepper as a point of reference, Prowl is a distinct step forward in construction for a toy that exists in roughly the same market space as RID Warriors used to. It takes lessons from modern Generations with some added poseability. The presence of ankle joints and swivel wrists is very valuable in giving Prowl more things it can do with its overall articulation package. I’d have loved a ball jointed neck to make more expressive poses with the head possible, but unfortunately we only get a swivel. Being able to angle up some would have helped in posing with the shoulder cannons, which can only point up and forward, but not directly forward. Minor things, though. I’m well pleased with how I’m able to get Prowl to pose and how stable it is. It can even easily balance on one foot with no extra support, which is one of my basic tests of how capable a toy’s poseability is. Can’t really get a kneel going though, since the knees are a little limited in their range.

Prowl has an extremely Prowl-looking rifle and two blast effects. Cyberverse’s blast effects are often very well designed and detailed, and these are no exception. These both represent beam shots …or maybe a suspiciously yellow fluid discharge. Perhaps more careful consideration should have been given to the particular color these were cast in. They attach to either the shoulder cannons, or one or the other can be put on the rifle. It would have been nice to get a duplicate of one of the effects so the cannons and rifle could all be effected at the same time.

I actually wish I didn’t like this toy as much as I do. Going back to that last downside I alluded to, the police qualities are permanent features. Like, the lightbar is part of the roof panel, and the ram on the bumper is molded on detail, so it would take replacement of at least two large pieces to ever get a non-police version. For instance, a Bluestreak. And that’s the last part that I really dislike. I dig this mold a lot, and unless a Barricade were made from it, I’m almost certainly never going to see a reuse of it. It’s doubly a shame since literally any other character from the traditional Datsun family would be able to bring out the detail in the mold with the darker and more opaque plastic colors they’d use.

Though Cyberverse is on its last legs as a product line anyway probably, so I doubt we’d have had the time to get redecos or retools out of this anyway. Damn shame. 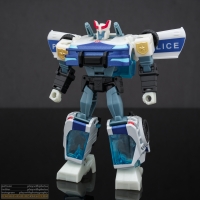 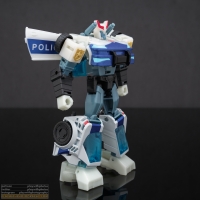 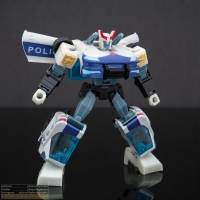 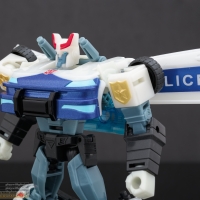 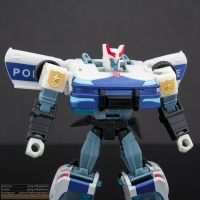 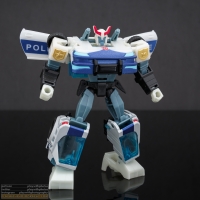 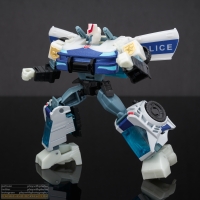 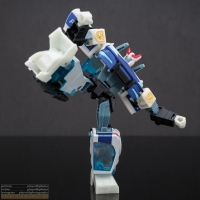 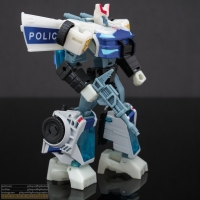 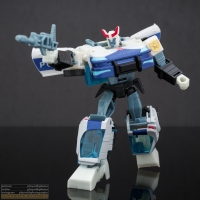 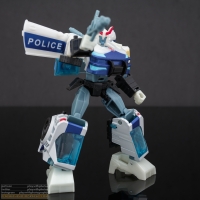 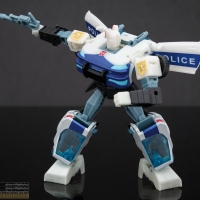 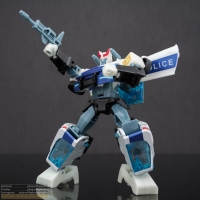 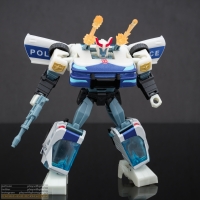 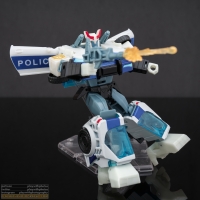 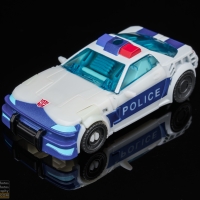 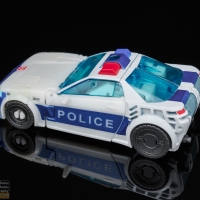 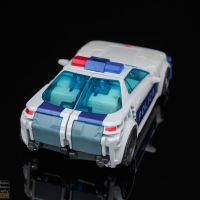 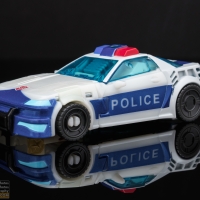 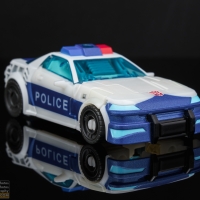 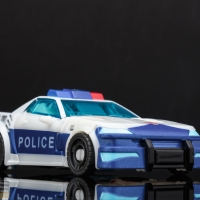 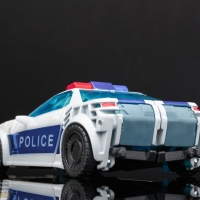 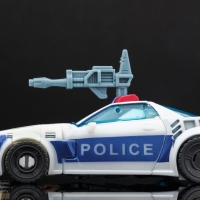 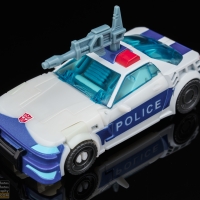 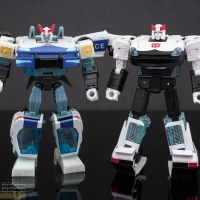 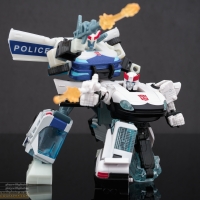 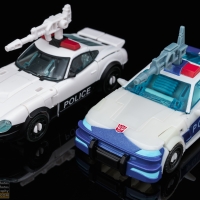