I’d have to double check, but it’s very possible the Earthrise Datsun-alike mold was my favorite thing to come out of the 2020 product year. If not, it’s at least in like the top three. It always reminded me a lot of the Jazz released in the “Reveal The Shield” branding in 2011-ish, which is one of my most favorite all-time Transformers in its various redecos and occasional remolds. But in one respect this is actually even better, because the chest can actually lock in place in robot mode, unlike Jazz! 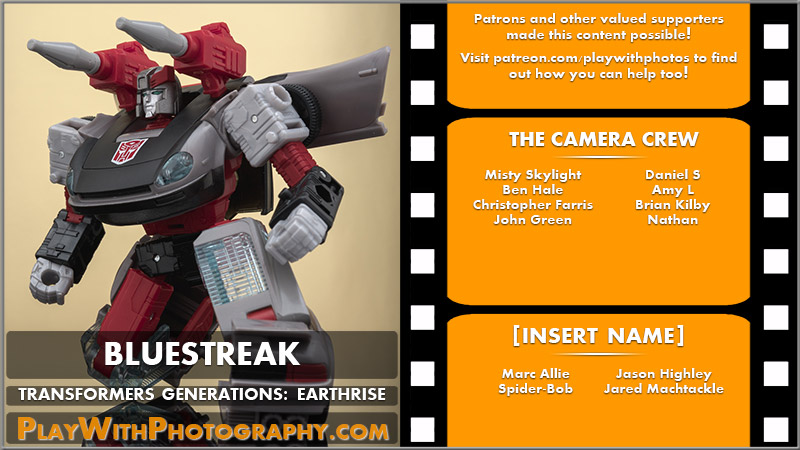 Smokescreen and Prowl were great, but Bluestreak is just something extra special. Is it that the vehicle mode in the grey and black is one of the most beautiful cars to grace a Generations line, perfectly accentuating the lines of the body shell, which is itself a perfect expression of little sportscar? I loved how Smokescreen looked too, but the difference of the extended grill bumper versus the “standard” front end is a big one that works in Bluestreak’s favor.

Actually, yeah, that’s a lot of it. The car mode is stunningly wonderful in these colors. And the deco does nothing but benefit the robot, too. I won’t say the robot is a perfect thing. There’s the whole matter of the clear plastic knees, for one. And the lower legs can look severely like the volume of empty space they really are. Opaque plastic wouldn’t exactly help the empty space thing, but I would sure feel better about the longevity of the joints. But these are not new facts about this family of toys. Indeed, the repetitious nature made Bluestreak feel right for this month, as something I dearly love, but which by now would be hard to justify a “full” gallery for. I also figured it’d be a good chance to look at some more Nonnef addons, where there’s a decent assortment for this mold family.

In this case, I ordered a set of “toy accurate” shoulder launcher parts, and a replacement rifle. The stock rifle is genuinely fine, but it has been known to be fragile along the barrel, so having a backup seemed like a good idea either way. The Nonnef launcher parts come as an unassembled “kit”. Being just a few parts, the assembly isn’t too complex, at least on paper. The reality was not so straightforward. The launchers themselves go together pretty easy, though the piece that becomes the hinged connector was a rough fit on its post, and one of them actually cracked across one side within minutes of assembly. The other is in constant threat, but has not fully broken through yet. The cracked hinge actually does work better now, since the tension is released and it can both move more freely, and probably isn’t under the kind of stress anymore where the other half of it would want to crack too. Hopefully. But it’s bad that happened to start with.

Adding the non-firing missiles after the launchers are together was its own fresh hell, again owing to parts fit problems. The posts of the missiles barely want to go in the openings in the launchers. I had to use tools to help me get them in close to correctly, and that unfortunately left some visible marring on the parts. This is not the typical experience with Nonnef parts, at least for me, so I’m not sure if it’s down to these plastic colors not reacting exactly right during cooling or what might have happened. But it was a struggle enough that it took a lot of the fun out of the process. Sanding down the posts would probably eventually ease the fitting, but that’s gonna be not a small amount of extra effort. Though with the amount of effort it took to finally get everything together, it might have still been worth it…

The launchers do look pretty good once they’re all together and on Bluestreak. At least, if you’re looking for G1 toy resemblance. For cartoon effect, the cannons the toy comes with are the closest you’re going to get. These won’t be to everyone’s taste, I know; they’re rather big, almost to a ridiculous degree. In vehicle mode that doesn’t stand out as much, but you can see it in robot mode where they kind of dwarf the head. I have a set of these for Prowl in black and white, though I never got around to assembling them. After the Bluestreak experience, I’m torn between wanting to not bother, but also curious whether the plastic colors really would make a difference. Maybe some day. (but not during this feature month, at any rate) 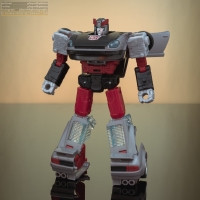 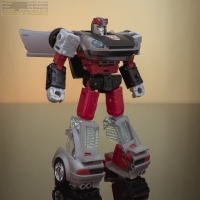 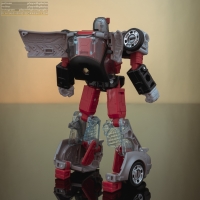 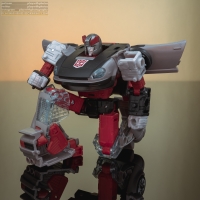 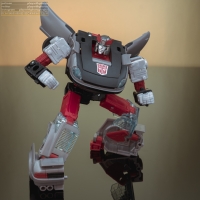 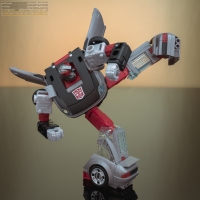 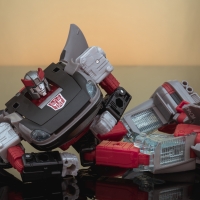 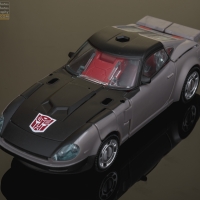 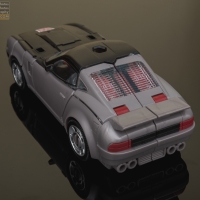 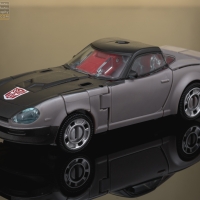 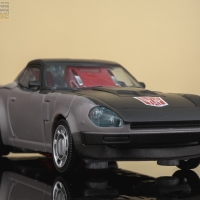 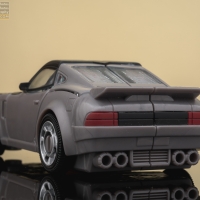 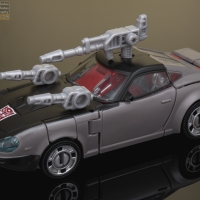 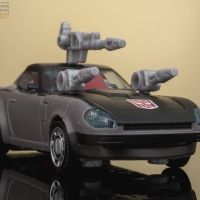 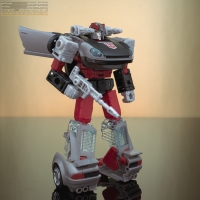 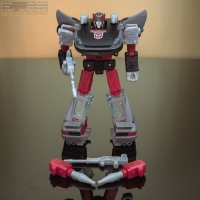 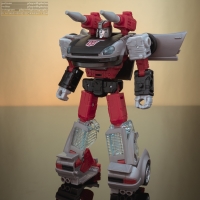 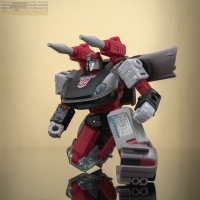 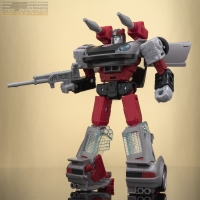 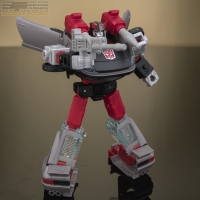 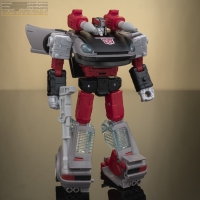 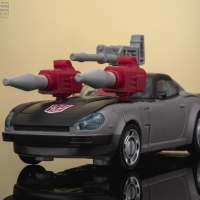 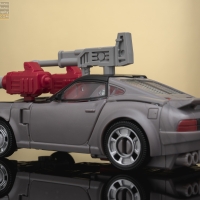 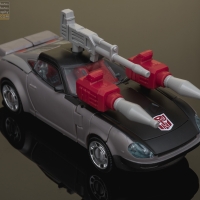 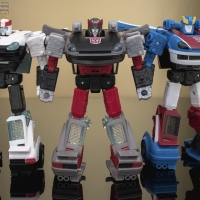