If you know me, you might be privy to the guarded secret that I like orange. A lot. It’s essentially one of the basic traits of my identity, like putting Char Aznable masks on things, or self-association with the Pokemon Ampharos. Knowing this, Matt, AKA Melllvarr from RFC obtained a gift for me one day when he was sourcing some illicit clones of Combiner Wars toys from China.

Combiner Wars knockoffs seem to be popular business if you look in the right places, with some interesting entries, like a color-accurate, but scaled-down version of Titan Class Devastator for example. Alas, that does not come in proper solid G2 orange, but Matt got me probably the next best thing: an almost solid orange bootleg of the Aerialbot Air Raid. 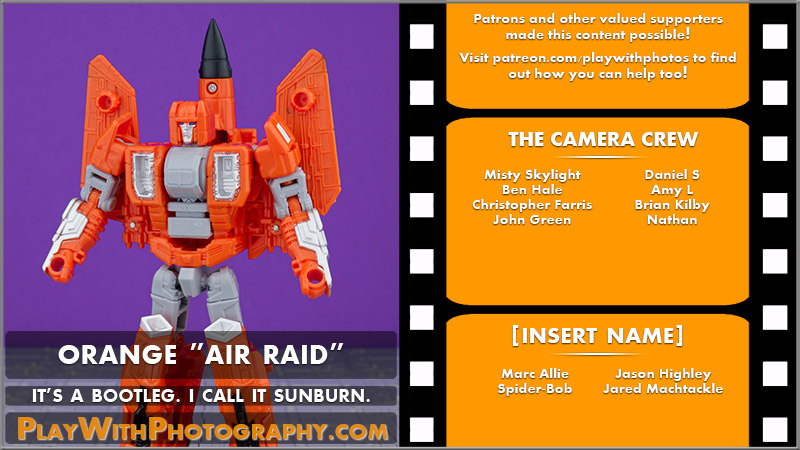 What immediately struck me with this was how good the plastic quality seemed to be. The flight wings seem a little more bendy than I remember genuine Air Raid or his mold-siblings being, but apart from that, nothing feels distinctly “off”. Even the originally rubberized parts are still a softened plastic. The 5mm ports even have good fittings with the included gun and combiner appendage, and the paint work is more than fair quality. This is every bit a “high quality KO”, and I’m actually surprised by just how much so.

Some tolerances have been a little worrying, so I haven’t tried to handle this too much. Hinges and internal moving parts like that can be quite stiff, and some stress marks did develop in places I’d rather they didn’t. This isn’t necessarily a disaster though; stress marks can as often be a sign of the plastic stretching a little until equilibrium is reached between the moving parts, and then go no further. Or it could be step one in pieces snapping off. The pesky thing is you never really know which situation you have until after something breaks.

I unfortunately have to choose to leave it alone for the most part because I don’t want to take that risk on a thoughtful gift, and not to mention a gift that would be inconvenient to replace if it did break. I’m actually writing this post before I do the photography, so I’m really hoping I don’t end up with another Starscream’s Ghost scenario when I go take this in front of the camera later…

Since this is just a bootleg, it doesn’t have an identity given to it besides the inherent “orange Air Raid” aspect. So I guess it’s up to me to sort that out! Sunstorm, as it appeared in the original incarnation as an eHobby exclusive redeco of G1 Starscream is my favorite Seeker deco. This does not quite match that, having the wrong secondary color in light grey instead of white. It’s close though, certainly closer than it is to Hooligan, my favorite G2 Cyberjet, who needs red for a secondary color. Not to mention tiger stripes on the jet surfaces. Pity, since the swing-wing design is appropriate for a Hooligan. But having decided it’s nearer to Sunstorm, I decided to go for something more along that line. Ultimately I settled on the name Sunburn, which is a pretty fair descriptor for the kind of orange shade it’s largely cast in.

I would want Decepticon Sunburn to fill the space left by Starscream’s Ghost on Grand Galvatron, but the truth is I’m still a little too worried about it to let it bear the weight of a combiner as a leg, or hang out as an arm. It feels the safest in jet mode – not to mention presents the most orange that way. I’m delighted to own this, and very thankful to Matt for thinking of me this way. Sunburn is always close at hand, just like Hooligan. Or just like Sunstorm would be if I could ever own one.

Seriously, where is my Generations Sunstorm already? 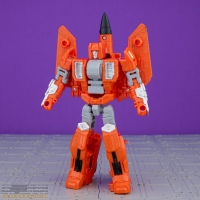 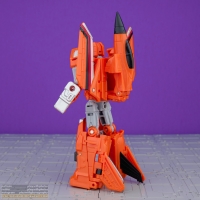 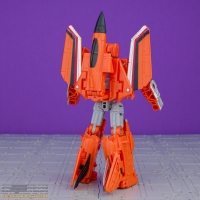 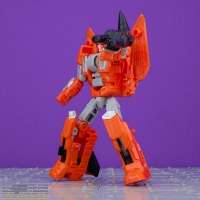 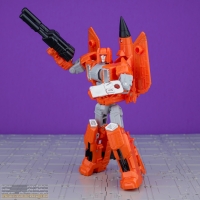 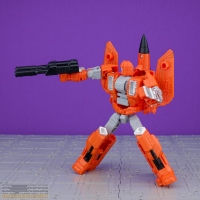 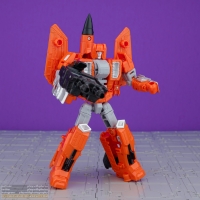 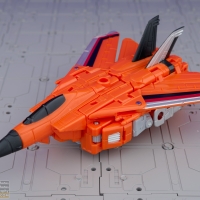 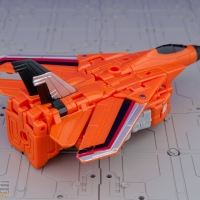 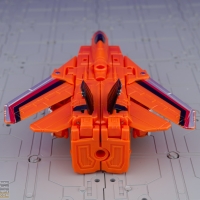 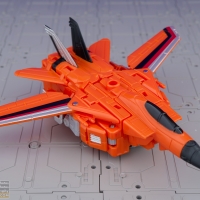 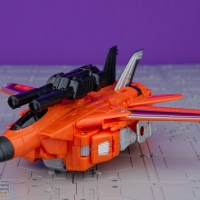 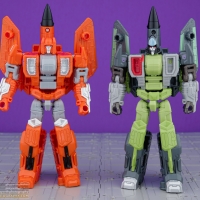 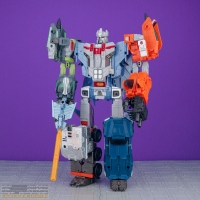