Not the easiest exclusive to come by, which is a shame since it represents a really good purchase option for this seeker mold.

Join my Patreon at the [Insert Name] tier for just $5 per month, and you can get access to galleries like this one a full week before everybody else! Click here to find out more! 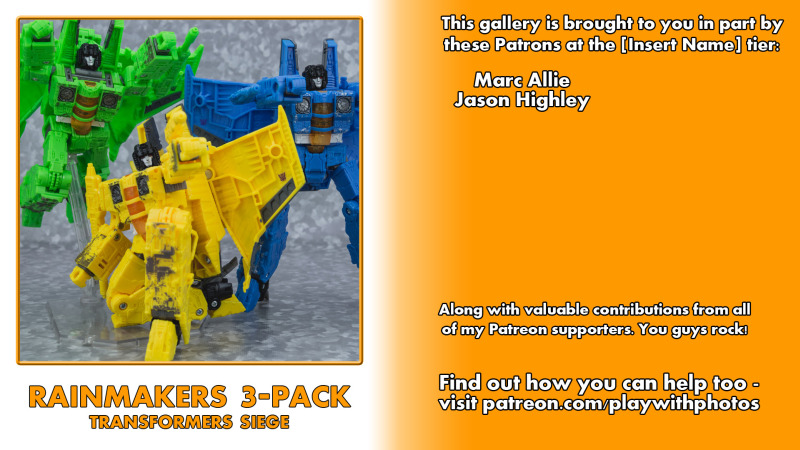 Click here to go to the Siege Rainmakers 3-Pack gallery!

There’s not a lot to say about the Siege seeker mold itself by now. After all, at the time this set came out, it represented the third, fourth, and fifth use of it. My experience with these particular instances was generally positive, though I did find small issues, like ankle rockers tending to want to push themselves back straight, or maybe a bit of looseness in a joint or two. Nothing really major, and nothing that can’t be attributed to more than just the randomness of QC variance. 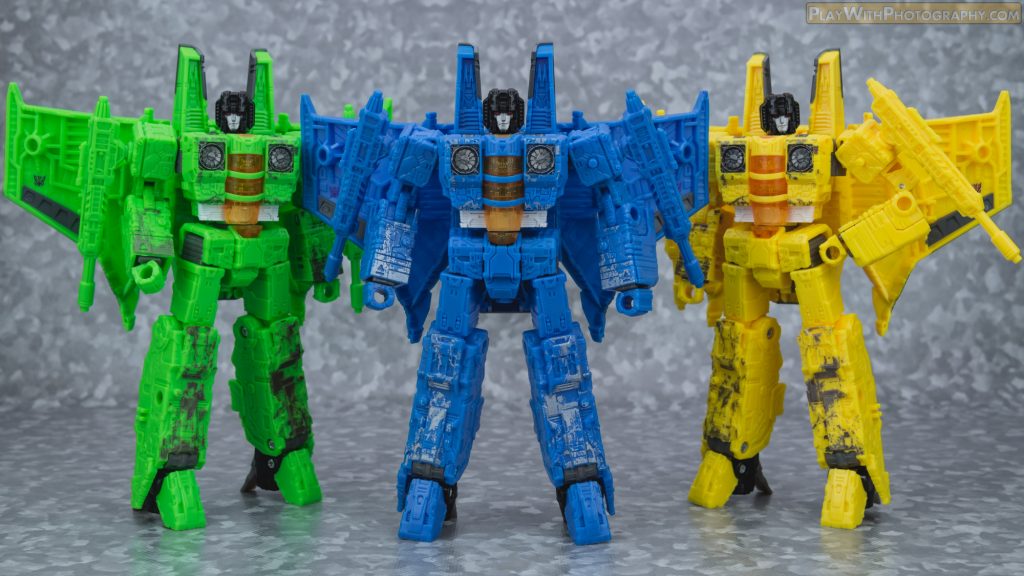 I’d be lying if I said I didn’t wish the decos were a bit more imaginative. They are fairly accurate to the source material, where the Rainmakers were basically block colored. But that was boring in the cartoon, and it’s kind of boring applied to a toy. Or three toys, all at once. In 2008, the first toy of Acid Storm took inspiration from the cartoon source, but went in its own direction and made a visually more interesting toy. Unfortunately about all there is for visual interest on the Rainmakers is the battle damage. But that’s its own problem, as you see, the damage deco on every Siege seeker is virtually identical. 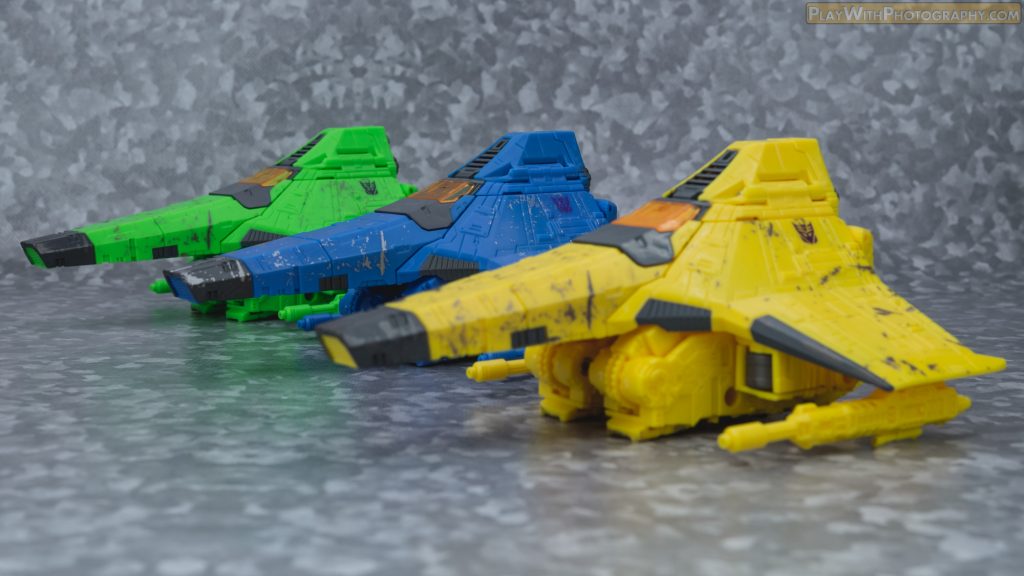 So with all that in mind, why am I actually pretty positive towards this set? There’s a collecting opportunity presented here that I think is pretty valuable. Acid Storm has previously had toys, but this is the first time the full team of Rainmakers is available together, and accurate to the cartoon. But maybe more importantly, they can coexist with a prior seeker collection. While Starscream and company had Earthen alternate forms, the Rainmakers were still on Cybertron and still tetrajets. They were different, so the toys not matching might be okay – though of course your OCD-mileage may vary. 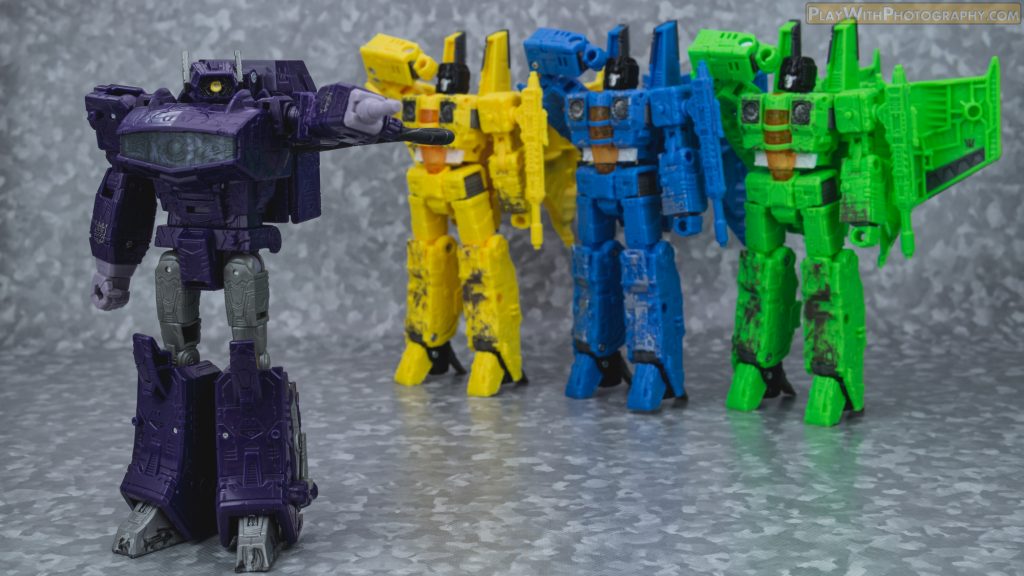 But this at least opens the possibility of getting to experience the Siege seeker mold without it needing to become a full on replacement of whatever seeker group you already might have and prefer to maintain. Plus it quickly bolsters your Generations Decepticon ranks, something that often ends up badly off balance in any given line. And amazingly the shelf price on this is $10 less than 3 Voyagers cost individually. A meaningful bargain when we’re seeing 3-packs of Deluxes consistently being priced at $10 over what their individual prices would be, sometimes for no evident reason. 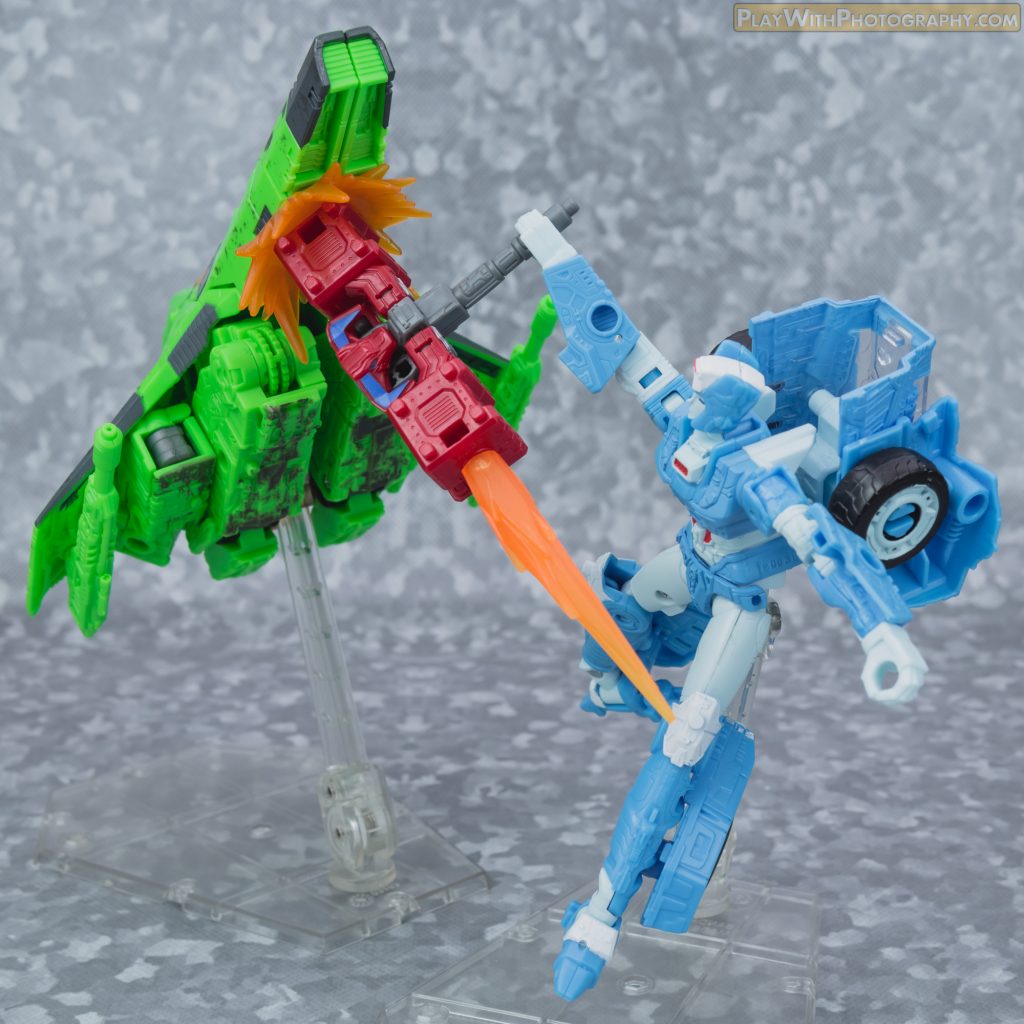 The only problem is finding the Rainmakers. In-store availability seems spotty, and the set has never lasted very long on the few occasions it’s come in stock on Target’s website. And of course those things only help at all if you’re in the United States. I’m not actually sure what disposition is planned, if any, for locations elsewhere in the world. Just don’t pay the secondary market prices for this. It’s nice if you can get it for retail, but that’s about as far as you’re going to want to go with it.

Click here to go to the Siege Rainmakers 3-Pack gallery!