The big hit that I wasn’t expecting at all. 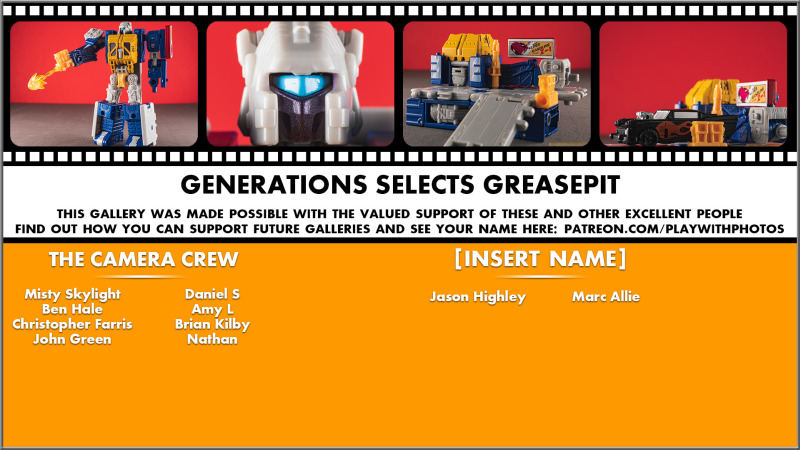 Reworking the old Micromaster bases as Transformers in their own right was an interesting idea to begin with, but it’s leading to some results that… well, there are sentences you don’t really expect to say, and among them is probably “oh, yeah, that robot turns in to a gas station.”

For me, Greasepit has been the more fun of this wave of Selects. Where Exhaust was something that plugged a hole in my collection that I’d wanted resolved for a while, Greasepit is something I didn’t really know I was looking for until it was here. The transformation from Ironworks’ construction tower thing to gas station is achieved by adding two small new parts and three stickers.

Oh yes, the dreaded, evil factory stickers. Fortunately these are not of the same stuff that Power of The Primes stickers were made, and these feel like they might have a lifespan. But anyway, just these small details go a long way. Two of the stickers are windows to represent the front of the gas station. I guess in this context, Greasepit’s head is the front door? The third sticker is affixed to one of the new parts, a sign for the station. It really ties the whole thing together. 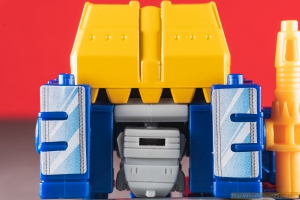 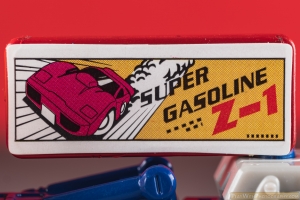 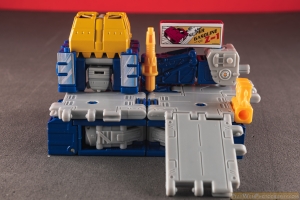 The other new part is a pair of gas pumps. They’re tiny and very simple, but they have detail enough to do their job. They plug in along the edge of one specific road surface panel rather than using any of the standard attachment solutions present. 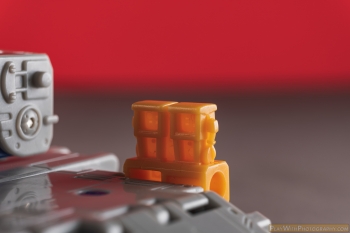 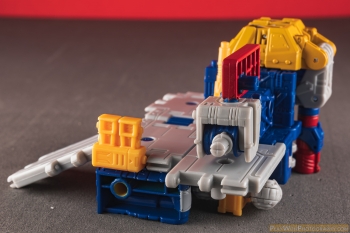 My only complaint is one of scale. Greasepit is notionally a Micromaster base as much as a Modulator, but the gas pumps are half or less the size they’d need to be to look right with a Micromaster car. It’s not to say that you can’t make the whole thing look good with a car parked there – in fact this is my favorite shot of the whole gallery. But a little tweak would have helped that much more. Trade the double-pump style for a single pump that’s that much taller, and it would have been fine. 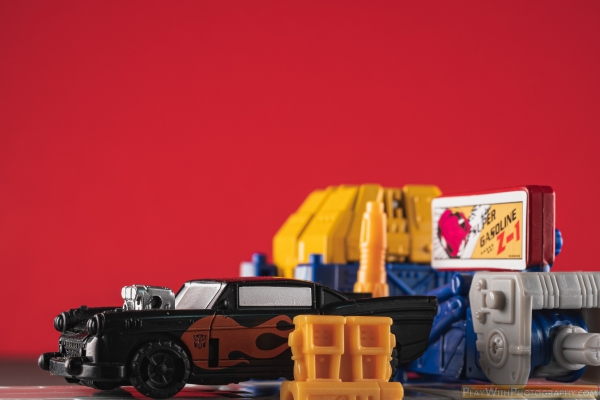 The gas pumps also make the robot mode a bit more goofy, in that they take the place of the hook Ironworks has, and so are officially Greasepit’s right hand. The instructions show the tops of the pumps down, to try to emphasize the “gun” part. But where’s the fun in that? I left the dumb things on top. 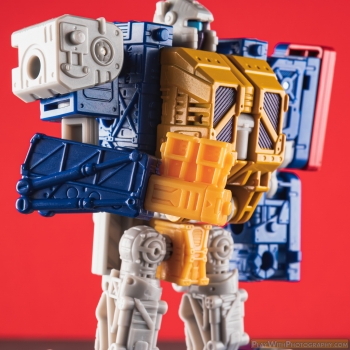 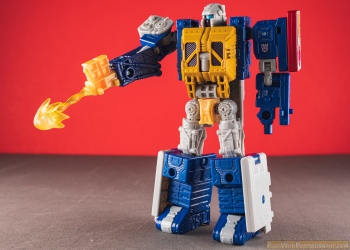 But you don’t even have to keep the pump on the arm. It can actually stay basically in its same spot from gas station mode and just hang off the side of the foot. It doesn’t even get in the way. 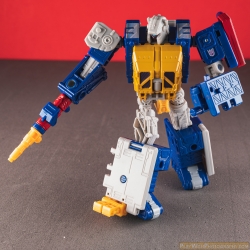 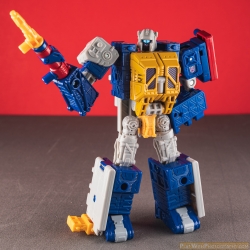 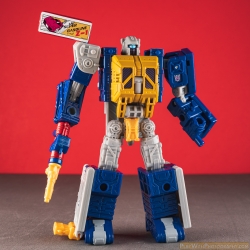 Otherwise Greasepit isn’t physically different from Ironworks. The priority was put on new parts that served the gas station repurpose, so Greasepit’s Head is just Ironworks again. But that’s the right decision to make here.

The deco is pretty different. Besides the much more vibrant colors which I love, the paint apps are distinct between them. It might not get quite as far as making the two instances of the mold look structurally different, but it at least looks good. 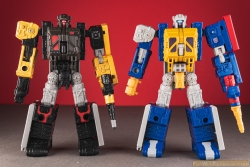 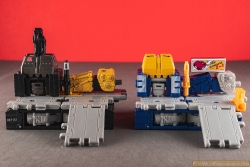 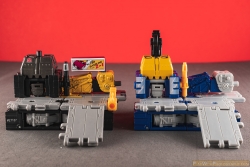 This has been a pretty good wave of Selects, both having different kinds of strengths. Especially after assuming I’d see Greasepit as an also-ran with the toy I “really” wanted, I’m so pleased to enjoy Greasepit as much as I have. I hope the next Modulator in Selects is this much fun!