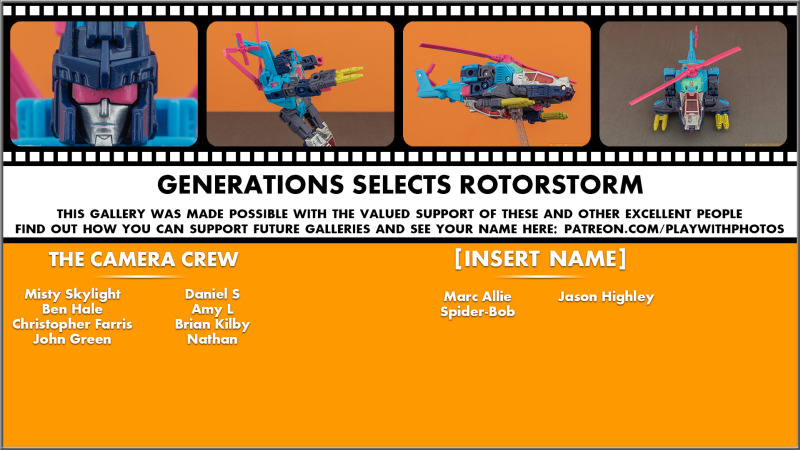 How did I get Rotorstorm so early? Some little toy store I never heard of before in Maryland had it in stock, and I got what I am pretty sure was literally the last one. As for how that shop got these fully retail-ready copies of the toy that otherwise is apparently not due to be released until October is beyond me. I’m sure not gonna complain, or even scrutinize it, though.

Now, for some background, Spinister might well have been my very favorite Siege Deluxe. Rotorstorm is a minor retool of Spinister that puts a new head and a new set of just as vibrant, eye-catching colors on the toy. And now it’s an updating to a Euro-G1 toy. Euro-G1 exclusives are something I’ve wanted to get Classics/Generations takes on for more than a decade. It’s like this toy was custom-made for me to love. 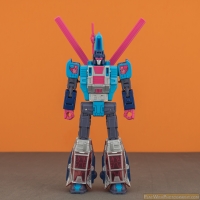 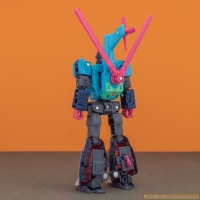 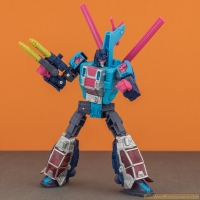 When Hasbro first revealed Rotorstorm to us (thankfully unlike with Exhaust and Greasepit, Hasbro did at least get to announce Rotorstorm before it suddenly went up for sale one day) it still had Spinister’s same head, which honestly reduced my excitement over the idea of this. But it was okay! That was a factory error with the proofing copy Hasbro got sent, and they followed up soon after showing off the new head sculpt. And it was great, and all was well again! Except for how none of the places with preorders bothered to update the stock photos they were using despite clear evidence that revised photos had been produced.

Hasbro’s reps indicated that the head sculpt was strongly inspired by Rotorstorm’s IDW appearance in Last Stand of The Wreckers, and while I can sort of see it a little, I honestly think that this is more of an updating to what the original toy looked like. But it’s not even an important difference, because it’s a great head design either way. 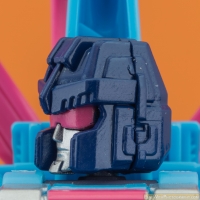 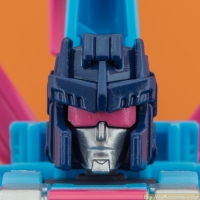 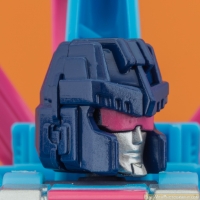 Beyond this, Rotorstorm isn’t any different from Spinister. Which is fine, given that Spinister was excellent already. 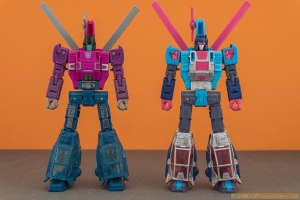 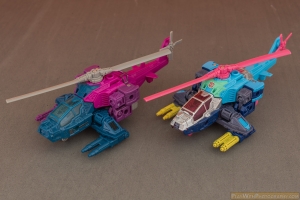 It does introduce some …let’s say quirks. Spinister was made with two full vehicle cockpits because box art or whatever demanded both legs be helicopter cockpits. Rotorstorm did not have cockpit legs. In fact, Rotorstorm originally had the cockpit fold down on the robot’s chest. That’s completely impossible with this mold, but it doesn’t mean they couldn’t try to evoke that look with paint. So Rotorstorm has a faux-cockpit decoed on the chest, bringing the toy’s fake cockpit count to two, and the total cockpit count up to a staggering three! 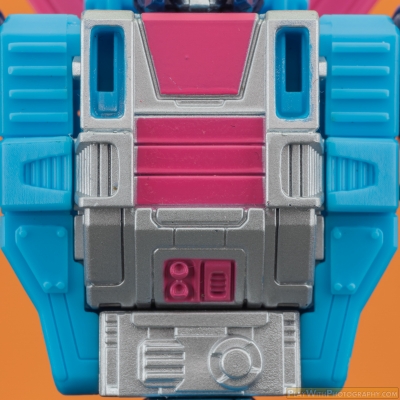 Another mildly nagging issue finds the weapons unchanged from Spinister. Rotorstorm was a Turbomaster, which in terms of the original toy basically just meant he had a pair of gigantic guns made from big old turbine engines that were strapped to the helicopter. By comparison, this Rotorstorm is much more lightly armed. Expecting something on the actual scale of the original Turbomaster artillery is unrealistic, but I would definitely have appreciated some alternate guns that at least carried the idea if not the size. But this mold is very good at posing with the guns it comes with, so I can only complain so much. 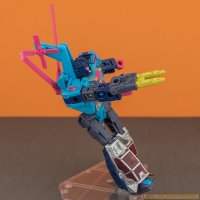 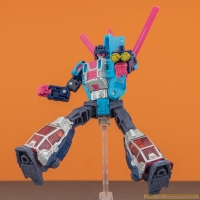 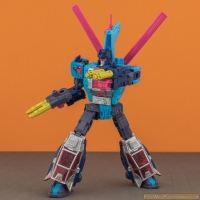 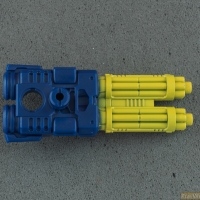 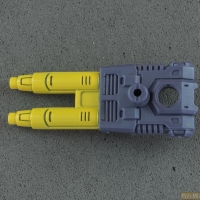 My copy of Rotorstorm has unusually good QC all around, and in some respects actually feels better than my Spinister. One noteworthy improvement is that the underslung fake cockpit in vehicle mode will actually much more easily tab in place here than it did on Spinister. Overall, the whole robot-leg-cockpit engineering has played out better on this instance of the mold for me. I hope that’ll prove to be the case in general when there are more samples out there. 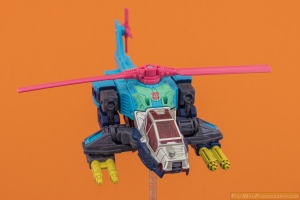 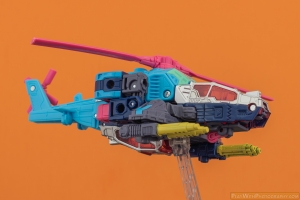 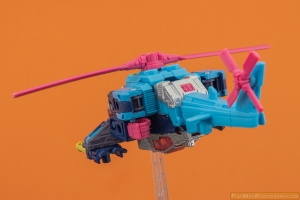 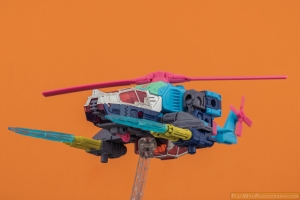 At this time, Rotorstorm is not known to be available anywhere except as preorders which will be filled in a couple of months. Given that I and a few others have these copies already though, who knows if that actual release timetable might change? I fully recommend picking up Rotorstorm when you can though. Especially if you never got Spinister, this is a great first exposure to this mold and engineering. Well, except that it’ll probably make you want to double back and grab Spinister, and I think the price on that has gone up a bit from where it started. I’m kind of glad I got this now; Rotorstorm is a Selects wave with Tigertrack, the yellow redeco of Sideswipe, and there’s no way this wouldn’t have utterly outshined that toy if I’d gotten them both at the same time. Now I feel like I have a better chance at appreciating Tigertrack since I’ll probably be getting it by itself now. For everyone else who would be getting them as a pair… well, probably open Tigertrack first and then wait a day or two before opening Rotorstorm.