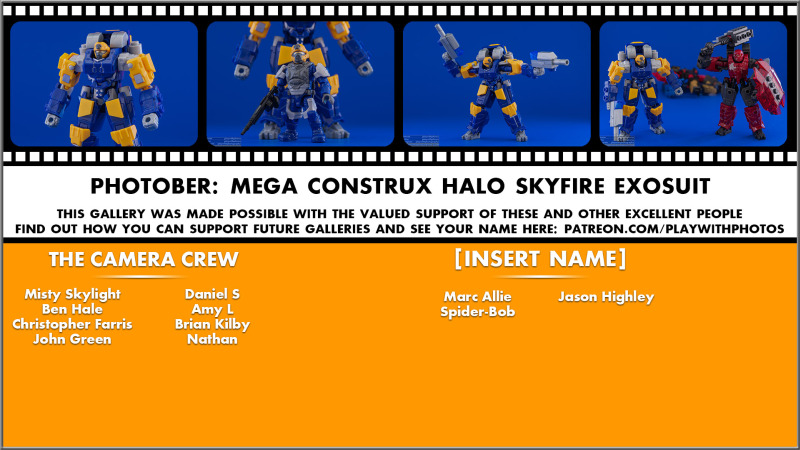 I don’t collect a lot of things. Space concerns are one reason, but also it’s already expensive enough to have just one focus. Mega Construx are a rare luxury I allow myself, based almost entirely on the strength of their collector-line mini figures. But while I buy a lot of their “Heroes” assortments which are just miniature action figures, there’s merit to construction sets that are themed around the figures, too! A particular area of that for me is the family of Halo-derived mecha. I have three generations so far of Cyclops kits, each bigger and more complex that the previous. But an interesting novelty came with the Exosuits assortment.

For about $10 each, they’re a pretty good deal. A fully equipped mini figure, plus a buildable power suit kit. A Heroes assortment figure by itself would cost $5, so this definitely feels like a value. There’s three types, and the results are… mixed. The Mark I Prototype suit for me was the weakest of them, owing in part to the build not being as stable as I’d like. The Breacher doesn’t have that problem, but the equipment you’re supposed to build for it ends up being heavy, so handling and posing can be a problem. By far the winner is the Skyfire Exosuit, which escapes any of the problems of the other two. But wait – Skyfire?

Yeah, it’s story time. Back in 2001, attempts were made to grab the trademark to the name Skyfire. Hasbro named a Decepticon jet in Robots in Disguise Skyfire, while Mattel named a vehicle in I think the Max Steel line the same. As it transpired, it seems the Max Steel toy made it to market first, and Mattel ended up with the rights to the name; Hasbro had not, as far as I can recall, tried to name a Transformer Skyfire prior to that, so there wasn’t any hope of disputing Mattel’s new claim. Mattel owns the Mega brand, so it seems like they’re keeping up with their obligations to maintain use of trademarked names to keep anyone else from trying to snatch them up.

The name fits this suit well enough either way. The design strongly implies “flight type” even without the suggestive name; Two movable pods on the backpack can accept little flame effect pieces to look like rockets. The effect pieces are themselves sculpted nicely, though they’re maybe not ideally shaped for this application. But no matter, it gets the point across. It’s also armed more lightly, with just a pair of pistols you build, but I find these lend really well to good looking poses, and they don’t impact the stability of it at all. It’s some very nice design balancing that looks fantastic in execution. 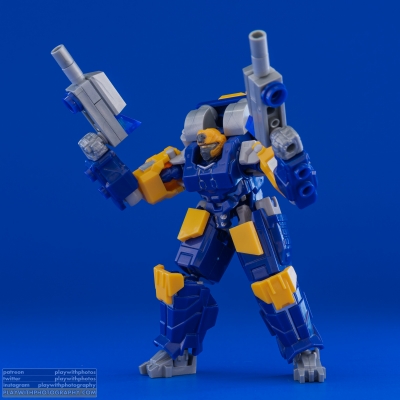 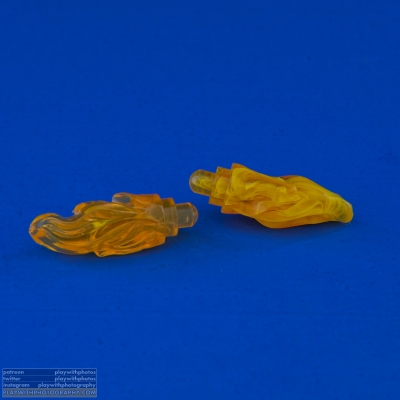 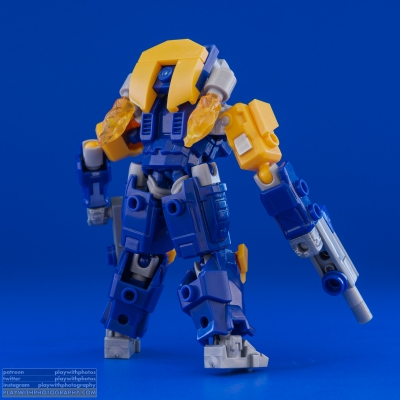 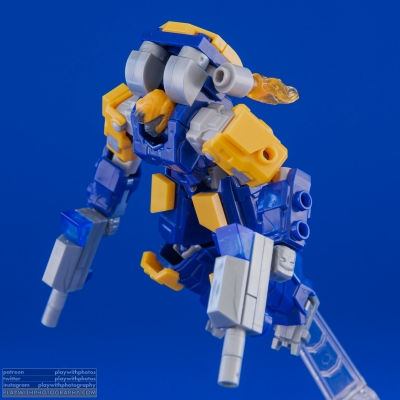 Poseability in general is one area that these might not entirely excel, but they make a good try at it. The arms are in fact generally rather good for what they are. The mini figure’s arms are meant to fit inside the shoulders, the idea being that when the suit’s arms move, the figure’s arms move as well and it looks like the mini figure is operating the suit. Not a new trick by any stretch, and this does complicate the process of putting the figure in the suit, but the ultimate effect is good. The arms are structured so that the presence of the figure arms has a minimal impact on movement, leaving them largely free to pose to a great degree despite relatively few joints. 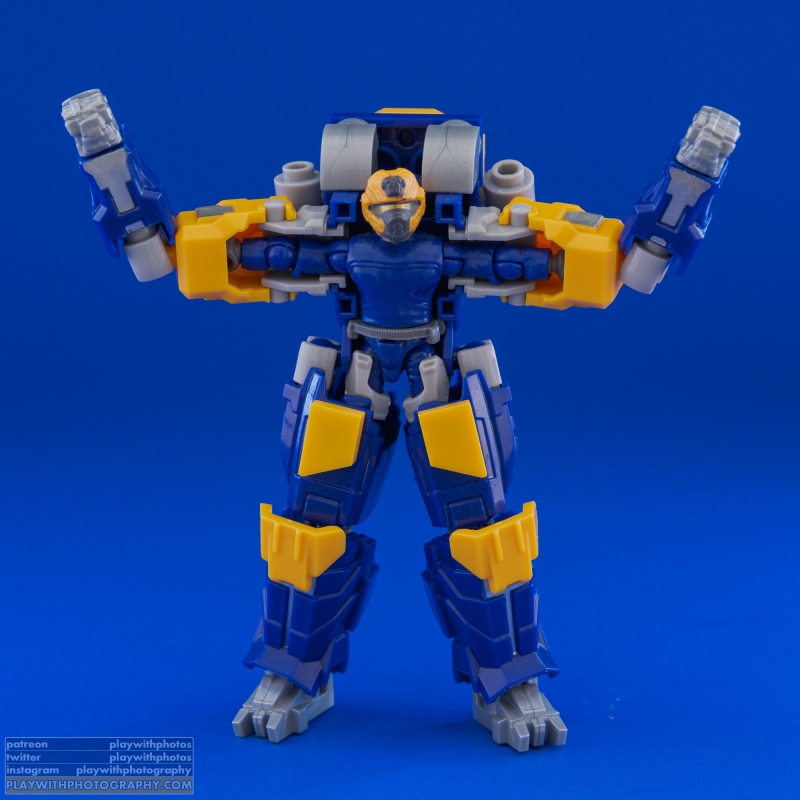 The legs can be where you’ll find more limitation. The suit legs are attached by ball joints around where hips would be on a person, and that’s all well and good. But the figure’s own legs have to extend down in to the thighs, and now you have two hip joints both having to work together – and one has a decidedly smaller range of movement than the other in this situation. Taking the armor off the mini figure’s legs can improve range of movement a little, and indeed you’re meant to do that per the instructions. But the twiggy little figure legs leave a lot of gap space between the suit’s torso and legs which I find to not look great. The thigh armor at least fills that in some. Even with some limitation on mobility, I would still say that it’s impressive how much movement is possible given the way these suits had to be designed to interact with the figures, and even at their worst, they’re still pretty reasonably poseable. 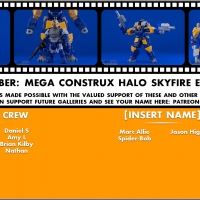 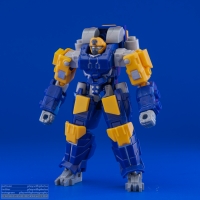 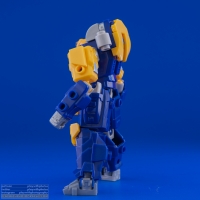 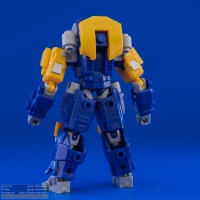 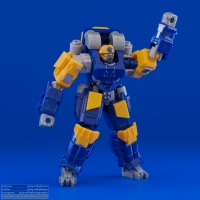 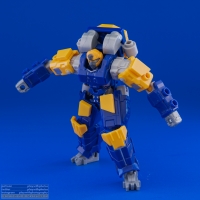 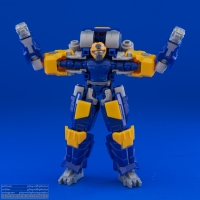 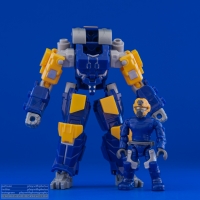 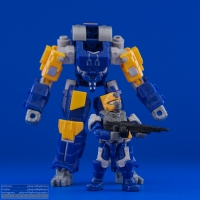 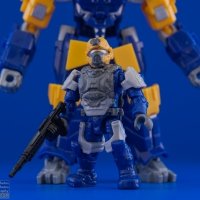 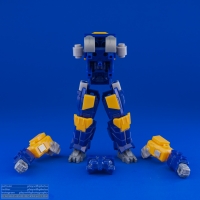 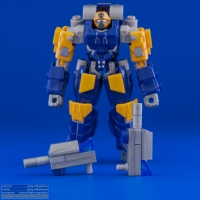 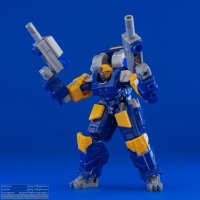 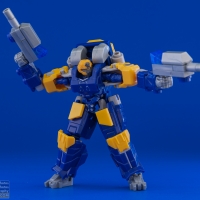 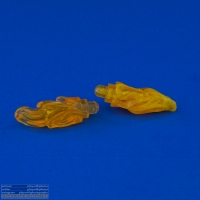 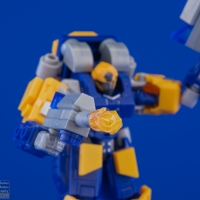 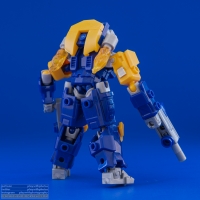 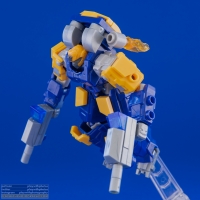 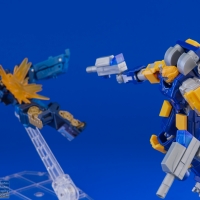 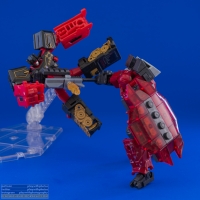 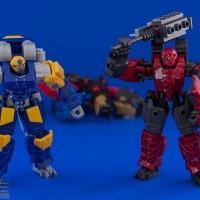 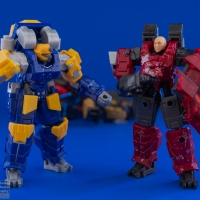 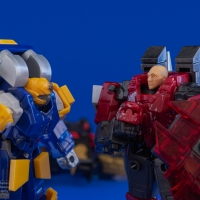 As of the posting of this, all three of the Exosuits are available at SRP on Amazon. If you want to pick one or more up, you can use my affiliate links and help me out a bit. If you only get one, I’d definitely recommend the Skyfire Exosuit first; and only get the Mark I Prototype if you want to go for completion, or just to have extra parts for customizing one of the others.

Photober the 4th is a Sunday, so I’ll be releasing a gallery that’s previously been Patreon-exclusive. Come back tomorrow to see what my patrons have been enjoying for a little while already! (and maybe become a patron yourself!)